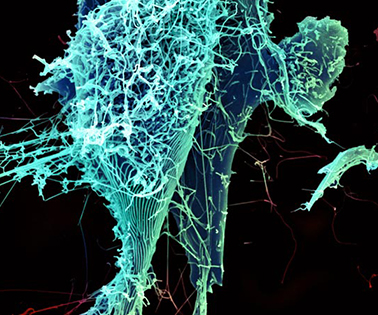 As Ebola outbreak fades, hope for a vaccine remains

The emergence of the Sudan strain of Ebola virus in Uganda prompted a rush to get vaccine candidates ready. Expectations are it will be needed in the future.

Thousands of doses of experimental vaccine candidates against the Sudan strain of Ebola virus — the source of an outbreak in Uganda that flared over the last four months, and a specific strain for which vaccines do not currently exist — are now in vials, ready for clinical trials in humans. First doses for one of what are a total of three separate vaccine candidates landed in Kampala on Friday, December 9.

But getting these vaccine candidates into clinical trials in Uganda may be complicated as there have been no new deaths and no new cases recorded there over the last two weeks. The viral outbreak may have burned itself out by the time trials of the new vaccines can really get off the ground.

“The good news is it does definitely look like the outbreak is subsiding,” says Swati Gupta, head of IAVI’s emerging infectious disease and scientific strategy, who is overseeing development of one of the potential vaccines against the Sudan strain. “We’re hopeful that is the case. If that does end up so, then yes, I think it’s going to be hard to get the trial started as it is currently designed.”

That will be up to Ugandan public health officials and the World Health Organization (WHO), which together are coordinating the response to the outbreak. Health authorities are monitoring the situation closely as they have since the outbreak was declared on Sept. 20, 2022, in Mubende district, in the center of the country. The Sudan strain of Ebola virus then spread across Uganda to the capital Kampala. As of Dec. 5, 2022, there were 142 confirmed cases of Ebola virus disease, and 55 fatalities.

The speed and ferocity of the outbreak immediately conjured worry and memories of prior Ebola crises, particularly the worst outbreak on record, which occurred in West Africa in 2014-2016. There were no vaccines available against any of the viral strains and the case fatality rate was staggering. At that time, vaccine researchers were able to bring experimental candidates into the field and through trials, resulting in the advancement of two formulations, with one based on the vesicular stomatitis virus (VSV) viral vector. This became Ervebo, which was the first Ebola vaccine approved by the U.S. Food and Drug Administration. Another vaccine based on an adenovirus type 26 vector went on to be prequalified for emergency use by the WHO. Both Ervebo and the prime-boost Zabdeno/Mvabea vaccine, developed by GSK working with the U.S. National Institute of Allergy and Infectious Diseases, protect against the Zaire strain of Ebola (EBOV).

But while researchers have reason to believe a vaccine specific to other strains could be developed fairly rapidly based on existing data, no studies have specifically evaluated efficacy against the other Ebola strains: Sudan, Taï Forest, and Bundibugyo.

By the time of the World Health Summit in Berlin in October, the Uganda outbreak was being talked about anxiously outside the meeting halls and pressing heavily on the global public health community — in particular for the Ugandan health ministry and for those of neighboring countries, with the outbreak reaching the Ugandan capital. By then response to the outbreak had been mobilized to high level for some weeks already. “One problem is that we do not have vaccine against the Sudan strain,” said Misaki Wayengera, a Ugandan physician who is part of the scientific committee that led the country response to COVID-19. At that point Wayengera said the plan was to get vaccine trials going as quickly as possible.

This rapidly led to developing the Tokomeza Ebola ring trial, aimed at producing a new formulation approved for specific use against the Sudan strain. A ring trial is a late-stage clinical trial in which a person newly diagnosed with an infectious disease becomes an index case around which an epidemiologically-defined ring is formed. The three vaccine candidates for Tokomeza were lined up as prioritized by the WHO. These formulations include the IAVI monovalent VSV-vectored candidate employing a genetic insert of Sudan-strain Ebola as antigen; the two others are based on adenovirus vectors, one developed by the University of Oxford and Jenner Institute, the other produced by the Sabin Vaccine Institute. They are all linked to previous Ebola vaccine development efforts.

The VSV vaccine that would become Ervebo in 2016 began in a lab in Winnipeg more than 20 years ago as researchers at the Public Health Agency of Canada began work with mice experiments using a replicating recombinant VSV vector formulation for their vaccine candidate. It was promising but difficult work, both scientifically and in keeping the program going. Eventually the vaccine candidate wound up being shelved until the 2014 West Africa outbreak upended the world. Mobilized, researchers were able to produce a number of successful vaccines, among them the resuscitated VSV candidate that became Ervebo, produced by Merck.

The 2014 West Africa outbreak of the Zaire strain of Ebola virus never reached the scale that epidemiologists feared; it was beaten back through increasingly robust public health measures, by the vaccine, and by the lethal speed of the virus itself. Trials against other Ebola strains never took place. But as reported by Jon Cohen in the journal Science, it turns out there were bulk batches of VSV-based vaccine produced that seemed very promising in early trials against the Sudan strain. As Cohen reports, the batch was put on ice and forgotten — until its recent rediscovery, as again an outbreak focused attention.

Merck is donating these vaccine candidates to IAVI for further development; it is one of the three formulations tipped by the WHO for advancing if and when the Tokomeza trial or other trials can take place.

Even as the current outbreak may be receding, there is wide agreement that the need for vaccines will remain. “Even if the ring vaccination trial cannot be conducted as currently designed, we will continue to move our program forward as expeditiously as possible,” Gupta says. Her team had been working for a year prior to the Merck finding on a VSV-based vaccine candidate for the Sudan strain, supported by the U.S. federal Biomedical Advanced Research and Development Authority (BARDA). The Uganda outbreak is also once more raising the thorny question of whether — or how — to develop and store stockpiles of vaccine against fast-moving outbreaks (see: When Ebola returns, will the world be ready?, IAVI Report, Vol. 19, PDF p.14). It’s seen in not just Ebola but in other fields such as influenza or indeed a “Disease X” — something like COVID-19.

Gupta expects to see the Sudan strain again. “When an outbreak happens, I think we’re always surprised, but we shouldn't be,” she says. “We are going to continue to see more of these events. It’s not a good situation, and everyone gets very concerned at the time of the outbreak, but we need to keep working in ‘peacetime’ as well.”