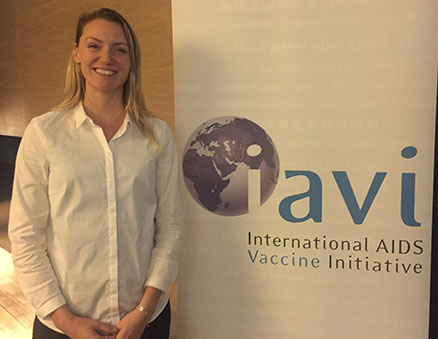 IAVI recognizes the Danish government for its continued commitment to HIV vaccine research and applauds the dedication of the Danish Ministry of Foreign Affairs (Danida) to global health research and development. Renewed funding for IAVI from the Danish government administered by Danida, a longtime partner in the mission to develop a safe, effective, and accessible HIV vaccine, will total DKK 20 million (USD $3.18 million) from 2018-2021. Read the press release.

As part of this effort, IAVI also acknowledges AIDS-Fondet, its Danish civil society partner since 2001, for its leadership in facilitating HIV vaccine advocacy in Denmark and around the world and for being a highly effective partner in the dialogue with Danida and other key stakeholders in Denmark.

As one of IAVI’s founding donors, Danida has invested a total of DKK 142.5 million since 2001 to further capacity building and engagement of communities most at risk of HIV/AIDS, including women, girls, and key populations. By supporting IAVI’s work to end the HIV epidemic through new prevention tools, Denmark is continuing to advance progress in achieving a healthier and more equitable future for all. Learn more about IAVI’s generous donors.