Final analysis of phase IIb study published in the New England Journal of Medicine and presented at the 50th Union World Conference on Lung Health.

LONDON – 29 October, 2019 – Today, GSK and IAVI reported that GSK’s M72/AS01E1 candidate vaccine significantly reduced the incidence of pulmonary tuberculosis disease (TB) in HIV-negative adults with latent TB infection2. These results demonstrate an overall vaccine efficacy of 50% during the three years after vaccination. The candidate vaccine has an acceptable safety and reactogenicity profile. The final results are consistent with the primary analysis done after two years of follow-up and published in New England Journal of Medicine in September 2018.

TB is the leading cause of death through infectious disease worldwide and represents a significant public health threat with 1.5 million attributed deaths in 20183. It is estimated that one-quarter of the global population has latent TB infection, of whom approximately 10% will develop active pulmonary TB disease. Currently, multi-drug resistant strains of TB are emerging and spreading globally, and the only available TB vaccine, BCG, does not provide proven and consistent protection in adults in TB-endemic countries4. Without a more effective vaccine, it will not be possible to achieve the World Health Organization target of decreasing the number of new cases by 90% and the number of TB deaths by 95% between 2015 and 2035.

Dr Thomas Breuer, Chief Medical Officer of GSK Vaccines, said: “These results demonstrate that for the first time in almost a century, the global community potentially has a new tool to help provide protection against TB. I want to thank our scientists for their dedicated effort and scientific innovation in developing this impactful vaccine candidate in partnership with IAVI and other key organisations.” 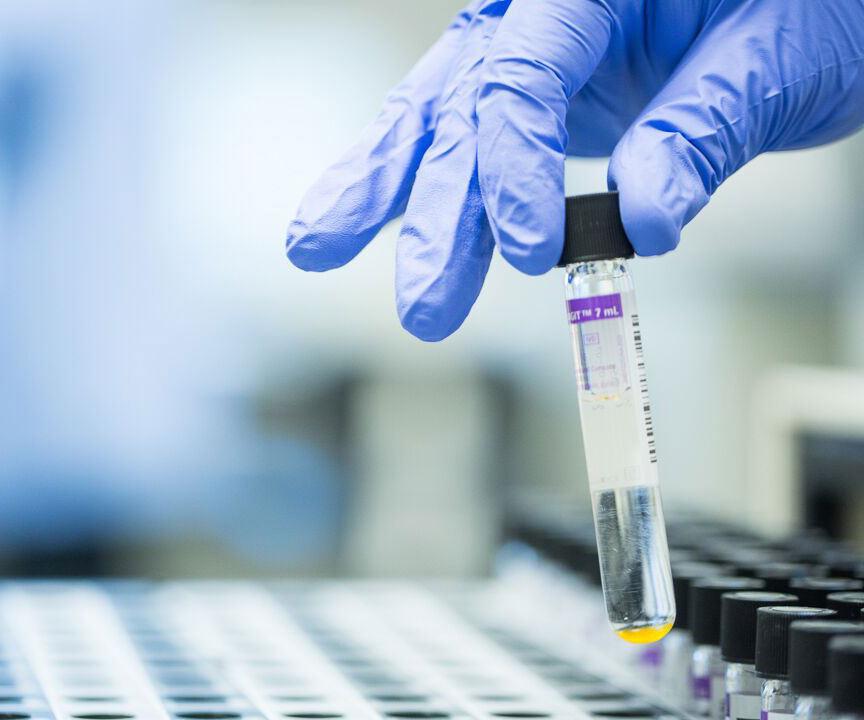 The trial was conducted in TB-endemic regions (Kenya, South Africa and Zambia) and involved 3,573 HIV-negative adults between the ages of 18 and 50 years. Participants who received two doses of either M72/AS01E or placebo 30 days apart were followed for three years to detect evidence of pulmonary tuberculosis disease. In the final analysis, 13 participants in the vaccine group developed active pulmonary tuberculosis compared to 26 participants in the placebo group. Among participants who received the vaccine, an increased M72-specific immune response was sustained through three years.

Dr Mark Feinberg, President and CEO of IAVI, said: “These final results show that M72/AS01E could be an important tool in the fight against pulmonary tuberculosis. While additional trials need to be conducted to confirm these findings in other populations, we have never before seen a vaccine that provides protection in adults who are already infected with the bacteria that cause tuberculosis.”

The primary results of this study were published in September 2018 in the New England Journal of Medicine (DOI: NEJMdo005415). The primary analysis was performed while the study team remained blinded to individual trial group assignment, whereas the final analysis was now performed under fully unblinded conditions. The study’s final results confirmed the previously reported clinically acceptable safety profile of M72/AS01E. No patterns were evident in the extended follow-up in terms of occurrence or nature of serious adverse events, fatal events or potential immune-mediated diseases over the study period.

Nearly all participants (99%) in the study consented to enter into a biobanking study sponsored by IAVI. The samples collected during this study will allow researchers to further investigate the potential vaccine-induced mechanisms of protection against tuberculosis and attempt to identify markers that indicate those who are protected by vaccine (www.clinicaltrials.gov NCT02097095).

About the vaccine candidate

GSK’s M72/AS01E candidate vaccine contains the M72 recombinant fusion protein, derived from two Mycobacterium tuberculosis antigens (Mtb32A and Mtb39A), combined with the Adjuvant System AS01, which is also a component of GSK’s RTS,S malaria vaccine and vaccine against shingles, Shingrix.

One-quarter of the global population is estimated to have latent tuberculosis infection, and tuberculosis is the leading infectious cause of death worldwide. There were an estimated 10 million new tuberculosis cases and 1.5 million deaths attributed to tuberculosis in 20186,7. Pulmonary tuberculosis, which involves the lung, is responsible for the spread of the disease from person-to-person. An effective vaccine against tuberculosis administered in adolescents and adults would have a marked impact on tuberculosis control, including drug-resistant tuberculosis, through interruption of transmission8,9, and it would help achieve the WHO target of ending the tuberculosis epidemic by 2035.

Cautionary statement regarding forward-looking statements
GSK cautions investors that any forward-looking statements or projections made by GSK, including those made in this announcement, are subject to risks and uncertainties that may cause actual results to differ materially from those projected. Such factors include, but are not limited to, those described under Item 3.D 'Principal risks and uncertainties' in the company's Annual Report on Form 20-F for 2018.