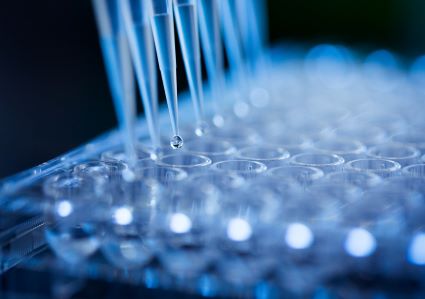 18 DECEMBER 2019 — Statens Serum Institut (SSI) in Copenhagen, Denmark, is the coordinator of a consortium that has been granted EUR 13.8 million from the European & Developing Countries Clinical Trial Partnership (EDCTP) supported by the European Union. The grant finances a clinical trial in South Africa and Tanzania of a new and promising tuberculosis (TB) vaccine candidate H56:IC31* developed by SSI. SSI and Aeras Global TB Vaccine Foundation NPC (a South African affiliate of IAVI) are co-sponsors of the trial.

Over the last two centuries, TB is estimated to have killed one billion people, and it remains the world’s most lethal infectious disease. The highest incidences of TB infection and disease in the world are encountered in sub-Saharan Africa. South Africa reports one of the highest incidences in the world with 567 incident cases per 100,000 population in 2017, and TB was South Africa’s leading cause of death in 2015. In 2016, 6.5% of all deaths in South Africa were attributed to TB. Following successful treatment of TB disease, recurrence rates vary between 4-8%, and the majority of recurrences occur within the first year after completion of TB treatment. This is a significant issue for patients and TB control.

Multidrug- and extensively drug-resistant TB (MDR- and XDR-TB) are growing threats. An effective TB vaccine will reduce the incidence of TB, resulting in fewer people requiring treatment and thus reducing antibiotic resistance. Also, because TB vaccines are expected to be equally effective against drug-sensitive and drug-resistant TB strains, vaccines could be key to controlling the TB epidemic and containing the spread of resistant strains.

The current clinical trial is an innovative type of TB vaccine Phase IIb efficacy trial, using the prevention of TB recurrence post-TB treatment as an indicator of the ability of a vaccine to prevent TB disease in the broader healthy population. In the clinical trial, 900 participants will be vaccinated with either H56:IC31 or placebo at the end of their TB treatment. Participants will be followed up for one year, which is the period associated with the highest risk of recurrent TB. The trial investigates if vaccination with H56:IC31 added at the end of standard TB treatment is better at preventing recurrent TB than standard drug treatment alone.

This project is part of the EDCTP2 programme supported by the European Union.

* IC31® is a vaccine adjuvant owned by the biotech company Valneva SE.

The South African Tuberculosis Vaccine Initiative (SATVI) is a TB research group based at the Faculty of Health Sciences of the University of Cape Town. SATVI is regarded as a worldwide leader in TB vaccine research and has conducted 28 Phase I-IV trials of 9 different TB vaccine candidates since 2005. SATVI’s research focus is understanding the risk for, and protection against, M. tuberculosis infection and disease, in order to develop more effective vaccines and preventive strategies for global impact on the TB epidemic. Read more at www.satvi.uct.ac.za

This email address is being protected from spambots. You need JavaScript enabled to view it.

This email address is being protected from spambots. You need JavaScript enabled to view it.