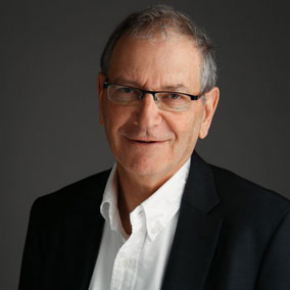 NEW YORK – MARCH 20, 2018 – IAVI is saddened by the passing of David Cooper, M.D., D.Sc., whose breakthrough research and unrelenting advocacy helped usher in the use of life-saving antiretroviral (ARV) therapy and advance efforts to turn the tide of the epidemic. Dr. Cooper leaves behind an indelible legacy as a scientist, clinician, and advocate whose contributions over three decades in the fight against AIDS helped enable transformation of the disease from an almost invariably fatal one to one where highly effective, well-tolerated, and simple-to-use treatment regimens are now available.

“David Cooper was an early leader in HIV treatment and prevention, and an inspiration for so many people in the AIDS field, myself included,” said Mark Feinberg, M.D., Ph.D., CEO of IAVI. “David was exceptionally dedicated to the care of individuals living with HIV and so very thoughtful and generous with his colleagues. His passing is a loss not only to our field but to the many people who were encouraged by him in their efforts to combat AIDS.”

Dr. Cooper is remembered as a compassionate witness to the devastating early days of HIV/AIDS, having diagnosed the first cases in Australia during his tenure at St. Vincent’s Hospital at the University of New South Wales. The hospital lies at the intersection of Sydney’s gay community and red-light district and was one of the first care facilities to treat HIV/AIDS patients in Australia. There Dr. Cooper and colleagues defined the initial infection stage, or seroconversion illness, in The Lancet, and led the country’s first HIV epidemiological studies.

As President of the International AIDS Society (IAS) from 1994-1998, Dr. Cooper led the society’s landmark 1996 conference in Vancouver, which saw the advent of combination therapy using protease inhibitors to suppress the virus. Thanks to the efforts by led by Cooper and colleagues, UNAIDS reports that today over 20 million people are accessing these drugs worldwide.

Dr. Cooper also was the inaugural Director of the Kirby Institute Infection and Immunity in Society, where he championed treatment access for people living with HIV in low- and middle-income countries, helped build research capacity in the Asia-Pacific region, and led the clinical trial of pre-exposure prophylaxis in New South Wales. Throughout his career, Dr. Cooper’s focus remained ending AIDS, and he voiced his support of a sustainable end to the epidemic. Indeed, in a 2013 video series commemorating the 25th anniversary of IAS, Dr. Cooper stated: “I still think a vaccine is the way to go and we mustn’t lose that momentum, as difficult as that is.”