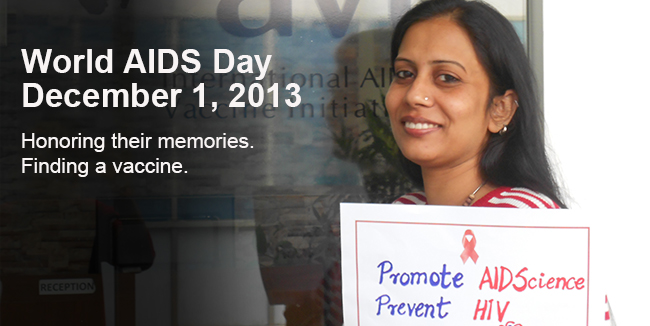 The International AIDS Vaccine Initiative (IAVI) would like to extend its best wishes to Nelson Mandela on his birthday.

As the first democratically elected President of South Africa and a celebrated international humanitarian leader, Nelson Mandela has also made historic contributions to AIDS awareness in South Africa and around the world. As testament to his stature as a leader and icon of human rights, this day has been named Mandela Day by the United Nations.

“We honor Nelson Mandela’s legacy and wish him all the best for his 95th birthday,” said Margaret McGlynn, President and CEO of IAVI. “On this day, we are reminded how a single individual can change history. We will continue to join hands with advocates like Mandela and work together to combat the global spread of AIDS.”

In 1982, the first HIV case was diagnosed in South Africa. Since then, over 5 million South Africans have contracted HIV, the highest rate of any country in the world. Mandela understood that AIDS shows no regard for the boundaries of age, color, class, or faith. After his political career, Mandela chose to focus on empowering young people, among the most vulnerable to HIV infection, to protect themselves against HIV/AIDS. In 2002, he founded the 46664 Foundation, which encourages young people to take control of their lives, learn their HIV status, and commit themselves to helping others through good works on Mandela Day.

IAVI honors Nelson Mandela for his vital work promoting inclusion and respect for human dignity, and advocating for the rights of all South Africans. The work of encouraging all South Africans to get tested, to receive counseling and to seek treatment continues today. Gwynn Stevens, Senior Director of Clinical Laboratories and head of IAVI Southern Africa program said, “We continue to be inspired by Nelson Mandela as we work diligently towards an AIDS-free generation.”

The contributions South Africa has made to HIV prevention research and AIDS vaccine development will help us realize our vision of a world without AIDS. Mandela’s leadership has helped advance that cause.