What do HIV and cancer have in common?

The scientific question gets a fresh start this month as IAVI’s Jonathan Hare and Charles Swanton of the Francis Crick Institute and Cancer Research UK (CRUK) initiate their CRUK Pioneer Award. The £200,000 grant over two years funds their search for immunological parallels between HIV/AIDS and Non-Small Cell Lung Cancer (NSCLC).

“Scientists have ruminated on the crossover between cancer and HIV for years,” said Hare, who is senior manager of IAVI’s Human Immunology Lab at Imperial College London. "Though some data exists to suggest a connection, we can now get started on a more systematic approach to identifying common ground.” 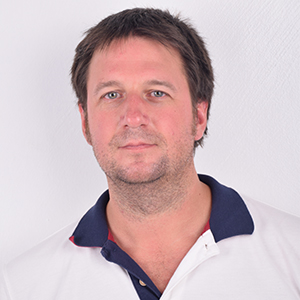 Jonathan Hare is senior manager of IAVI's Human Immunology Lab in London and winner of a CRUK Pioneer Award to expand evolutionary data on HIV and cancer.

Years of investment in HIV research have alerted IAVI scientists to common pathways leading to immune-mediated control of HIV, ranging from the replicating viral vector to bovine antibodies. This knowledge can be deployed not only for the development of vaccines against this and other viruses, but may also realize a better understanding of cancer.

This particular project got its start a year ago when Hare approached Swanton at the National Institute of Biological Standards and Control symposium. He wanted to discuss the symptomatic resemblance between NSCLC and HIV:  Both replicate unrelentingly, wracking their respective hosts with cachexia, or wasting disease, as well as immune exhaustion and myriad other miseries.

“Given the similarities, it wouldn’t be a great surprise to find that two different diseases capable of hiding from the immune system might employ mechanisms of common benefit,” Hare said. “By bringing our research together, we want to illuminate pathways by which tumor cells and HIV evolve to avoid immune system attacks and use this knowledge to identify new targets for prevention and treatment for both diseases.”

Synergies emerged from CRUK’s TRAcking Cancer Evolution through therapy (TRACERx) and IAVI’s landmark Protocol C. Both studies chart disease progression, but the former is strong in late-stage stats, while the latter boasts detailed data from the earliest days of infection. Their initial alliance got a boost when Rachel Rosenthal, a TRACERx researcher and PhD student in Swanton’s lab, began conducting cancer genome sequence modeling based on HIV sequence data. 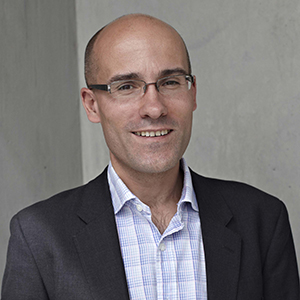 Answering a question like this, however, would prove a tough sell to traditional funders. But CRUK’s Pioneer Award is intentionally non-traditional, instead inviting high-risk, innovative ideas with potential for scientific advances. Swanton and Hare’s two-page anonymous Pioneer proposal made the shortlist for a “Shark Tank”-style, in-person pitch to the Pioneer Committee in June.

“I actually felt quite apprehensive after that first day,” Hare said of the presentation for which he was limited to three slides. “It was a tense 20 minutes, and I wondered if the questioning had been as tough for everyone or if we’d been singled out.”

Anxiety dissolved when Hare and Swanton learned theirs was one of the four proposals, whittled down from an initial 33, summoned before 100 cancer researchers for a one-minute elevator speech – which Hare admittedly “freestyled” after a committee member unwittingly co-opted his spiel during introductions.

Hare’s improv proved effective, and he and Swanton were deemed worthy Pioneers. While comparatively modest, their award sum expands an ongoing project at IAVI’s clinical research center partner at the Kenya Medical Research Institute-Centre for Geographic Medicine Research-Coast in Kilifi to sequence HIV surface proteins, which are thought to be key to developing an HIV vaccine.

“I’m hoping that if we develop our strategy right, then we’ll be able to help lots of people in the communities IAVI serves in Africa and India where a vaccine is needed most,” said Hare.

Visit the CRUK website to learn more about this research and to see the full list of Pioneer Awards.