Laying the groundwork for success: TB vaccine highlights at the Union

We must plan for their introduction and demand what is needed for new TB vaccines to reach End TB targets, experts say.

This year’s fully virtual Union World Conference on Lung Health was convened November 8-11 in the wake of the World Health Organization (WHO) Global Tuberculosis (TB) Report 2022. Amid already constrained financial support for essential TB services and rising levels of drug-resistant TB, the number of people dying from TB increased for the second year in a row, killing 1.6 million people in 2021 (up 4.5% from 2020). Thousands of researchers, advocates, and global health experts came together online at the Union to not only share and discuss the latest developments in lung health but to again make the case for a global TB response that can finally overcome this most devastating of microbes. New and more effective TB vaccines, drugs, and diagnostics remain key to this puzzle. We won’t reach the End TB goals by 2030 without them. 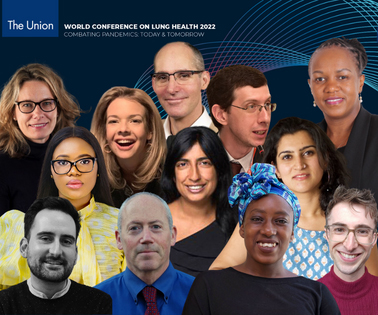 The limited resources for TB research and development (R&D) continue to threaten the progress of critical work and the timely delivery of results. But new TB vaccines are on the horizon. Although no fresh clinical trial data was presented during the conference, a range of scientific, policy, and advocacy sessions set the scene for what is to be a pivotal year for the TB vaccine field in the run up to the United Nations High Level Meeting on TB in September 2023.

Updates on the TB vaccine pipeline painted an uneven picture. Five vaccine candidates are now in Phase III trials, with M72 poised to soon follow, and work is underway to develop next-generation vaccines based on mRNA and other promising platforms. Yet, to quote Mike Frick in the Treatment Action Group (TAG)’s annual TB Vaccine Pipeline Report, “the larder is almost empty.” The dearth of upstream candidates in development and the lack of active trials at Phase I and IIa speaks volumes about the need to increase support for the early-stage development of a broader, more diverse set of TB vaccine candidates. For now, hopes rest largely upon late-stage candidates yielding the efficacy needed to bring at least one new TB vaccine to market before 2030 — the first since the Bacillus Calmette-Guérin (BCG) vaccine was introduced in 1921.

Public health and economic modelling data presented at the Union adds to a compendium of evidence demonstrating that even a single new TB vaccine will be highly cost-effective and offer substantial cost savings to health care systems and society. Research being led out of the London School of Hygiene and Tropical Medicine and the Harvard T.H. Chan School of Public Health illustrates that an adolescent/adult vaccine with a minimum 50% efficacy and 10-year duration of protection will be cost-effective in most low- and middle-income countries and 96% of high TB burden countries. The introduction of such a vaccine could produce US$258 billion–$447 billion in economic benefits by 2050 and avert up to 44 million TB cases. While upfront costs will be high, accelerated introduction similar to the pace of COVID-19 vaccine rollout could avert 50-60% more cases, treatments, and deaths by 2050. In high HIV burden settings, new TB vaccines that are safe in people living with HIV will be essential to maximize impact. At least six candidates have completed, are undergoing, or are planning safety trials among this population.

Beyond modelling, while correlates of vaccine-mediated immunity for TB remain to be identified, work presented by Yiran Liu from Stanford University found that the early innate transcriptional response in blood is a robust correlate of BCG-induced protection in rhesus macaques, signaling a possible avenue of investigation in clinical studies in humans.

A robust and enabling regulatory, manufacturing, and delivery environment will be key to leveraging the full potential of new TB vaccines. During a symposium on the ‘full value assessment of novel TB vaccines,’ experts explored how such an assessment will allow countries to make the economic and public health case and prepare for the introduction of new TB vaccines. Marta Tufet, head of policy at Gavi, reflected on Gavi’s Vaccine Implementation Strategy (VIS) steering group, noting that a holistic evidence base is needed beyond clinical trial data, including health and economic impacts, equity and social protection, global health security, and demand forecasts. As late-stage candidates edge closer to registration and licensure, evidence that reflects real-life settings was likewise highlighted as critical for their introduction. Implementation research, often regarded as unprioritized, must not fall to the wayside.

Panelists in a complementary symposium, ‘Laying the groundwork for the success of new TB vaccines,’ acknowledged that while the science supports the feasibility of new TB vaccines, questions remain on how we can accelerate the pipeline to reach licensure more quickly. A range of WHO-supported efforts seek to pave the way for the success of late-stage candidates. Following the publication of the WHO TB Vaccine Preferred Product Characteristics in 2018, work is ongoing to complete the inaugural Evidence Considerations for Vaccine Policy, with adolescent/adult TB vaccines as the first case study, and the Roadmap for Global Introduction and Access to TB Vaccines for Adults and Adolescents. These frameworks will complement existing efforts, such as the Global TB Vaccine R&D Roadmap and the TB Vaccine Development Pathway, to help guide stakeholders engaged in TB vaccine development, production, and implementation.

Elsewhere, a new online advocacy curriculum for TB tools will soon be launched. Led by the Stop TB Partnership New Tools Working Groups and the NGO and Affected Community Board Delegations, the curriculum seeks to provide TB advocates with the knowledge and network needed to successfully advocate for new TB tools. IAVI’s first-ever social media fellowship in February this year, which centered on TB vaccine advocacy, delivered a corresponding effort.

The coming year represents an inflection point for TB vaccine research. Equipped with a growing body of evidence alongside an equally growing need for investment (the Global Plan to End TB 2023-2030 estimates that an annual investment of $1.25 billion will be required for TB vaccine R&D), the world must now mobilize the funding and resources needed to bring new TB vaccines to those who need them most. It may seem that our work is cut out for us, but the reality of new TB vaccines has never been so promising. In the words of Kate O’Brien, TB survivor and advocate with We Are TB in the U.S., “we don’t have to be afraid to ask for what is right and needed... We have good data, and we have good candidates. This isn’t a pie in the sky kind of thing. This is money well spent and it’s something we can actually do.”