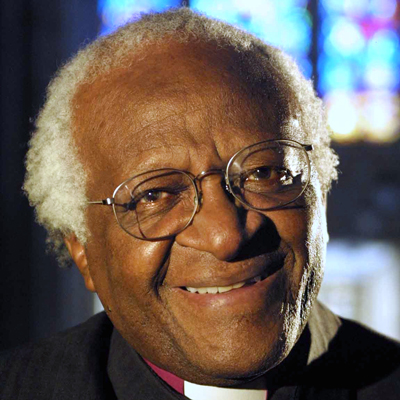 The IAVI family mourns the death of South African anti-apartheid leader and Nobel laureate Archbishop Emeritus Desmond Tutu, who passed away on Dec. 26. We offer our condolences to the archbishop’s family, friends, and colleagues as we reflect on his unshakeable commitment to equity and inclusion.

World-renowned for his work to combat institutional racism against Black people in Africa’s Rainbow Nation, the archbishop held a special place in his heart and advocated vocally for the human rights of people living with HIV and tuberculosis (TB). Unbeknownst to many, the archbishop himself battled tuberculosis as a young man, which saw him hospitalized for over a year. Later as HIV roiled South Africa, he would call the stigmatization and exclusion of people living with HIV a “new apartheid,” denounce AIDS denialism, and speak out on the need for equitable access to care and treatment.

It is no coincidence that South Africa’s first public clinic to offer lifesaving antiretroviral therapy to people living with HIV today operates as the Desmond Tutu Health Foundation (DTHF) and Desmond Tutu HIV Centre at the Faculty of Health Sciences in Cape Town. DTHF embodies the archbishop’s commitment to marginalized communities in its tireless work toward justice and scientific solutions for people living with HIV and TB. Our hearts go out to our DTHF colleagues during this difficult time.

Read more about the archbishop’s extraordinary life and legacy:

Archbishop Desmond Tutu: Looking back at his life and legacy

Desmond Tutu, an icon who helped end apartheid in South Africa, dies at 90

The Desmond Tutu HIV Centre and Health Foundation sadly mourn the passing of our Patron, the Emeritus Archbishop Tutu