IAVI colleagues share their reflections on the importance of Pride for the global HIV response and global health research.

Pride is rooted in acts of resistance and liberation. Each year, June is celebrated as LGBTQIA+ Pride month around the world in recognition of the Stonewall uprising in 1969. On June 28, 1969, protesters took to the streets following a police raid on the Stonewall Inn in New York City, marking the first Pride march — the culmination of decades-long community organization. Following the reports of the first cases of AIDS in 1981, the LGBTQIA+ community mobilized an instrumental response in the HIV/AIDS justice movement. They continue to do so today.

Throughout Pride month, we shared testimonies on social media from IAVI colleagues around the world to showcase the importance of Pride for the global HIV response and global health research more broadly. Here’s what they had to say. 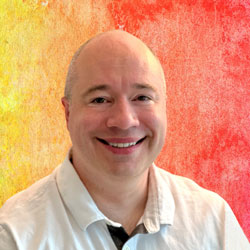 Devin Hunt (he/him), senior director, biostatistics and data management, IAVI (New York, U.S.)
As an epidemiologist, I think it is important to recognize the impact the HIV/AIDS epidemic had in shaping the LGBTQIA+ community. From the start, we were disproportionately impacted and largely ignored by governments and health agencies. The decimation of our community resulted in us banding together like no other time in history, fighting for acknowledgment, research, and treatments to help end the epidemic.

The research conducted today by IAVI would not have been possible without the initial courage of the LGBTQIA+ community to stand up and demand better treatment from their governments. June is our time to remember and be proud of the historic sacrifices so many in the LGBTQIA+ community made so that current and future generations would be able to live their lives without the fear of rejection, physical harm, and death. For these reasons, I’m proud to be part of this community and all that has been — and will be — accomplished by working together. Happy Pride! 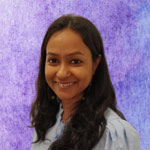 Devi Leena Bose, senior manager, country and regional programs, IAVI (New Delhi, India)
Pride is a time to remember and cherish the experiences of LGBTQIA+ communities who tore through the structural hierarchies and made place for people’s lived realities to shape policy. It is time to celebrate those who relentlessly worked towards pushing the HIV discourse from that of fear to hope, those who brought the unheard voices to the table, amplified their concerns, and believed in the vision of change for a world without stigma and discrimination. I hope our collective efforts shape a world with equitable access to health, free of fear, stigma, and any form of structural violence. 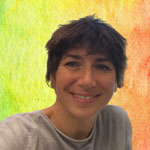 Elise Landais (she/her), director, antibody discovery and development, Neutralizing Antibody Center (NAC), IAVI (California, U.S.)
More than 30 years ago, ACT-UP led historic protests against AIDS-related discrimination which had a profound and long-term impact on clinical research strategies and approaches beyond HIV. Today, the global LGBTQIA+ community continues to keep scientists, clinicians, and politicians accountable. Continuous community engagement is paramount to ensure all stakeholders in the decision-making process are fully informed and deliver the fastest and greatest impact for those who need it the most. These principles are at the core of IAVI’s mission, guiding our strategies and approaches for the development of prevention products for HIV and beyond. 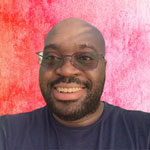 George Owino, program manager, advocacy & policy, IAVI (Nairobi, Kenya)
Pride honours and commemorates the gallant efforts of the LGBTQIA+ community to address violence and hate crimes, including stigma and discrimination, which pose a major barrier to access to health services to prevent and treat HIV, TB, and other infectious diseases. There is no doubt that partnering with LGBTQIA+ people as co-creators and leaders has a major impact in the quality of outcomes and established best practices across the globe.

IAVI’s work straddles the discovery of biomedical interventions and the necessary policy and advocacy enablers through partnerships and capacity strengthening, particularly in Africa. IAVI, for example, led the formation of two key community-led networks — the G10 and the Gay and Bisexual Men and Men who have Sex with Men (GBMSM) policy and advocacy reference group, which lead community efforts to prioritize LGBTQIA+ research agenda and policy and advocacy priorities respectively. This is in recognition of the value of putting the community front and center in response. 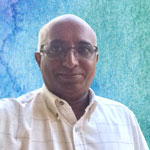 Paramesh Chetty (he/him), associate director, clinical laboratory program, IAVI (Cape Town, South Africa)
The HIV epidemic first hit South African shores in the 1980s in the midst of dismantling apartheid and was acutely felt by the LGBTQIA+ community. The impact of advocacy against the violence and discrimination faced by the LGBTQIA+ community played an important role in tackling discrimination against race, colour, sexual orientation, religious beliefs, and gender identity in the country. I hold pride and admiration for the LGBTQIA+ community in standing up against social oppression and helping transform South Africa into a more inclusive and equitable society. 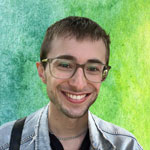 Shaun Palmer (he/they), communications specialist, IAVI (Amsterdam, The Netherlands)
Pride is a time to renew our commitment to demand and fight for equality for LGBTQIA+ people around the world. The LGBTQIA+ community have been leaders in the global HIV response since the very beginning, and the continued and active involvement of LGBTQIA+ people in HIV research is essential if we are to effectively end the epidemic. The need for responsive and inclusive research couldn’t be clearer, at a time when trans people, queer sex workers, and queer black, Asian, Latinx, and indigenous people continue to face widespread violence and discrimination. Our collective history stands as a stark reminder that we must fight for the rights, equality, and justice for everyone within the LGBTQIA+ community.

Aside from serving as a reminder of the fights we have fought and won, highlighting awareness during Pride month also encourages us to keep on fighting. Because when our LGBTQIA+ communities face discrimination, homophobia, rejection by religious communities, inequitable health care, and even violence, we know there is still so much work to be done. And maybe through our actions during Pride, we might just change some minds and hearts to ensure a world where every member of the LGBTQIA+ community has the freedom to live their truth without fear and with equality.

Today, HIV continues to disproportionately impact members of the LGBTQIA+ community the world over. At IAVI, we remain committed to our founding mission through collaboration with members of affected communities in our work. Check out the resources below to learn more about how IAVI has contributed to these efforts at the policy and research levels: