IAVI marks 40 years since the first description of AIDS

Forty years ago today, the Mortality and Morbidity Weekly Report of the U.S. Centers for Disease Control and Prevention published an account of five previously healthy young gay men in Los Angeles who had developed a rare kind of pneumonia, caused by Pneumocystis carinii, that was until then known to typically only be seen in individuals severely ill with immune suppression arising from cancer treatment, steroid therapy, or protein malnutrition. These diagnoses were later identified as the first reported cases of AIDS. In the years since, 76 million people worldwide have acquired HIV infection, and HIV/AIDS has taken more than 32 million lives, most of them in low-income countries. In places hit hardest by the pandemic, such as sub-Saharan Africa, HIV has affected entire families and communities and frayed the networks that sustain them. It has felled men and women in the most economically productive periods of their lives, pushing some of the world’s poorest communities deeper into poverty. It has cut short the lives of children and adolescents whose vitality and promise could have provided for bright futures and societal contribution. The appearance of AIDS – at a time when many medical experts thought we understood the totality of infectious diseases that would ever impact humanity – vividly heralded the threat of emerging infectious diseases with pandemic potential that we all are witnessing today and anticipating for tomorrow. 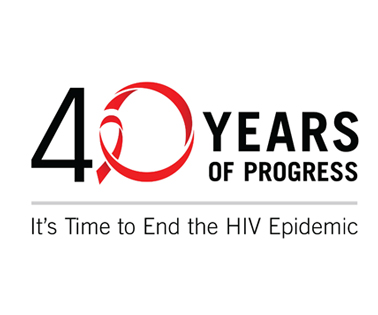 Yet the story of HIV is not one just of loss. The initial response to HIV, once marred by denial, prejudice, and fear, has largely been transformed by the remarkable compassion and advocacy of dedicated advocates and communities into an unprecedented campaign to treat and prevent HIV/AIDS. That campaign has extended and improved the lives of millions of people around the world and transformed our expectations for equitable global access to life-saving innovations. In many parts of the world, advocates, front-line care providers, and volunteers have worked with communities to distribute condoms, clean needles, and accurate, evidence-based advice about preventing HIV. They have focused the world’s attention on the pandemic and tirelessly mobilized resources to support the prevention and treatment of this disease, and vigorously pushed back against stigma and social inequities that fuel the continuing spread of HIV and frustrate efforts to contain it. In many ways, the fundamental best aspects of humanity have also been made manifest in the global AIDS response. Furthermore, we have seen numerous examples that what “prevailing wisdom” has concluded as being “impossible” is indeed possible when we use our hearts and our minds to their fullest, and most compassionate, potential. In so many dimensions, the past 40 years of the AIDS response have provided us with many important lessons for the future.

The unprecedented investments made in the global AIDS response have also fueled an explosion of scientific discovery, innovation, collaboration, and new multi-sector partnership models. Scientists around the world have investigated and described the molecular structure of HIV in remarkable detail and harnessed this knowledge to design sophisticated antiretroviral therapies. Today, 67% of people living with HIV are being treated for it – a proportion that should be higher, but that continues to increase each year.

The power of antiretroviral drugs to treat HIV/AIDS has been applied to prevent viral transmission – and in high-income countries, access to pre-exposure prophylaxis drugs (PrEP) to prevent transmission, though still lacking for some communities, is generally high. Globally, nearly a million people have taken PrEP, far below UNAIDS goals, but still progress. New options, such as the dapivirine vaginal ring and long-acting injectible drugs like cabotegravir could widen the reach of biomedical prevention for HIV if they are introduced and rolled out with global access in mind, and highly promising new long-acting antiviral drugs now in development have real potential to substantially increase the global impact of PrEP strategies.

On another prevention front, researchers in laboratories around the world have worked together to isolate and characterize hundreds of antibodies that, in the lab, can neutralize a broad spectrum of circulating HIV variants. The recent publication of the Antibody-Mediated Prevention study has shown that broadly neutralizing antibodies (bnAbs) can prevent HIV transmission, if the antibodies are well-matched to viral strains and present at a high enough concentration. All these advances offer hope, but they alone won’t end the pandemic.

An HIV vaccine to prevent infection will be needed to end HIV/AIDS, and finally, it seems there is hope on the horizon.

The AMP studies also provided confirmation that it makes sense to continue developing vaccine candidates that aim to elicit bnAbs, a strategy IAVI and our partners have been pursuing for over a decade. IAVI and Scripps Research recently announced promising results from a Phase I clinical trial (IAVI G001) testing an engineered HIV immunogen that successfully stimulated production of rare immune cells needed to start the process of generating bnAbs. Researchers have good reason to believe that the scientific approaches used in the design of this HIV vaccine candidate can also be applied to develop vaccines for other challenging pathogens for which current vaccines are either inadequate or do not exist. Already, so-called structure-based vaccine approaches, initially developed in pursuit of an HIV vaccine, have been used to greatly accelerate development of vaccines against SARS-CoV-2 and are being applied to the development of vaccines against respiratory syncytial virus and influenza.

As a next step following IAVI G001, IAVI and Scripps Research are advancing a longstanding partnership with the biotechnology company Moderna to develop and test an mRNA-based vaccine to produce the same beneficial immune cells. IAVI and our partners, including the U.S. Agency for International Development (USAID), through the U.S. President’s Emergency Plan for AIDS Relief (PEPFAR), and the Bill & Melinda Gates Foundation, plan to test the same immunogen used in IAVI G001, this time delivered via mRNA, at sites in the U.S. and sub-Saharan Africa later this year. Using mRNA technology could significantly accelerate the pace of HIV vaccine development. As we have seen with SARS-CoV-2 vaccines, mRNA vaccine technologies can reduce the time it takes to translate a promising idea in the lab into a vaccine candidate being evaluated in clinical trials. Not surprisingly, research into mRNA technology and enabling structural biology insights that were first pioneered in pursuit of vaccines against HIV are now being explored for the other infectious diseases as well as cancer and other non-communicable diseases.

Forty years since the first description of HIV/AIDS, we have in hand today effective treatment and prevention tools, promising new biomedical prevention modalities, and exciting proof of concept for a new vaccine strategy. Further progress toward the goals of universal access to HIV prevention tools and an effective HIV vaccine will take time and sustained investment and so, inevitably, test the patience of policymakers, advocates, funders, and scientists. But this progress must be a global priority. The only real hope we have of ending the HIV/AIDS pandemic is through the deployment of an effective HIV vaccine, one that is achieved through the work of partners, advocates, and community members joining hands to do together what no one individual or group can do on its own. The prospects of that happening have never looked more promising than they do today.