Taking the next step with the mosaic HIV vaccine candidate

This October, Janssen Vaccines & Prevention, part of the Janssen Pharmaceutical Companies of Johnson & Johnson, together with a consortium of public partners, took the next step in advancing its HIV vaccine candidate. The company launched its second, and largest, efficacy study of Janssen’s mosaic-based HIV vaccine candidate—a Phase III trial, aptly named Mosaico. The trial (HPX3002/HVTN 706) will enroll 3,800 men who have sex with men and transgender volunteers at 56 clinical sites in North and South America and Europe. 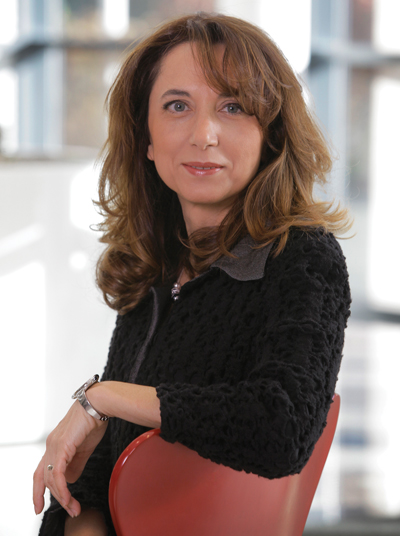 The trial is being supported by a public-private partnership involving Janssen, the National Institute of Allergy and Infectious Diseases at the U.S. National Institutes of Health, the HIV Vaccine Trials Network, and the U.S. Army Medical Research and Development Command. It is the second efficacy trial for Janssen’s mosaic-based vaccine candidate. The first, an ongoing Phase IIb trial known as Imbokodo (HPX2008/HVTN 705), has enrolled 2,637 women in South Africa, Mozambique, Zambia, Zimbabwe, and Malawi.

The goal of the mosaic vaccine is to overcome the vast genetic diversity of HIV, making it what the company refers to as a “global vaccine.” Many vaccine candidates, including the one that is being tested in another ongoing efficacy trial (HVTN 702; see HVTN 702 Efficacy Trial Ready to Launch in South Africa, IAVI Report, Vol. 20, No. 3, 2016), are constructed specifically to match the predominantly circulating clade of the virus in the region where the vaccine is tested. But the potential advantage of a mosaic is that it is computationally derived to provide coverage against all circulating strains.

The vaccine regimen being tested in Mosaico involves four vaccinations over a year-long period. The first two deliver a mixture of four Ad26 vectors containing the globally relevant mosaic HIV antigens (Ad26.Mos4.HIV). These are followed by two more vaccinations of the Ad26.Mos4.HIV candidate administered along with a protein-based vaccine component that contains a combination of mosaic and clade C trimeric HIV gp140 soluble proteins.

Mosaic vaccine regimens were previously tested by Janssen in Phase I/IIa trials—known as APPROACH, TRAVERSE, and ASCENT—as well as in a similarly designed non-human primate study (Lancet 392(10143), 232, 2018). These vaccine regimens produced strikingly similar immune responses, both in type and magnitude.

Although there are no efficacy data in humans, in the animal study a mosaic-based vaccine afforded 67% protection against infection with SHIV, a hybrid virus that combines simian immunodeficiency virus and HIV. The immune responses correlated with this protection were binding antibodies against clade C HIV Env, as measured by ELISA, and HIV Env-specific T-cell responses, as measured by an interferon-γ enzyme-linked immunospot (ELISPOT) assay.

Initially, the mosaic vaccine candidate was designed to stimulate primarily T-cell responses, but this regimen also appears to induce binding, non-neutralizing antibodies that may act against the virus through a process called antibody-dependent cellular phagocytosis. The only vaccine regimen to provide any protection against HIV so far (a prime-boost strategy tested in the RV144 trial) also appeared to induce non-neutralizing, binding antibodies (see Overflowing with Antibodies and Optimism, IAVI Report, Vol. 22, No. 3, 2018).

The results of the APPROACH study were compelling enough—having met the pre-defined criteria—to convince the company and its partners to advance the vaccine. Data from the Phase I/IIa studies also helped to determine the specific mosaic regimens that are now being evaluated in the Imbokodo and Mosaico efficacy trials.

IAVI Report spoke recently with Maria Grazia Pau, senior director, compound development team leader for HIV vaccine programs at the Janssen Pharmaceutical Companies of Johnson & Johnson, about the Mosaico and Imbokodo trials, Janssen’s commitment to HIV vaccine development, and how the company is preparing for potential success. Below is an edited version of our conversation.

What is the status of both the Mosaico and Imbokodo trials?

The Imbokodo trial was fully enrolled as of the end of May 2019. We enrolled 2,637 women in sub-Saharan Africa, with most of the sites being in South Africa, however, we also have sites in Mozambique, Zambia, Zimbabwe, and Malawi. Vaccinations are still ongoing. All 2,637 women have received at least the first vaccination and about 1,000 women have already received the full vaccine regimen as of December 2019. If things go well, vaccinations will be completed by May of 2020.

And at the very end of October we officially opened the first site in the Mosaico trial and began enrollment. The first vaccination in that trial occurred in November in the U.S.

Before the HVTN 702 trial began in South Africa, the ALVAC-HIV/gp120 protein vaccine regimen was reformulated based on clade C virus, which is the predominantly circulating strain in South Africa. But Janssen is testing its mosaic-based vaccine regimens in efficacy trials in sub-Saharan Africa, the Americas, and Europe, despite clade variation. Will that show whether the mosaic is a global vaccine?

What data from the Phase II trials make you the most optimistic that the Mosaic vaccine candidate has the potential to protect against HIV?

The optimism comes from the fact that what we have seen from the very first Phase IIa study—the one that we call APPROACH, which involved almost 400 volunteers in the U.S., Africa, and Thailand—is so similar to what we saw in a similarly designed study in non-human primates that tested the same vaccine regimen and identical vaccine components.

We first saw the data from the non-human primate study, but we didn’t know yet what the outcome would be in humans. And when we first saw that the immunogenicity data from APPROACH were so similar to what we saw in non-human primates, I can tell you we were thrilled. We could not have been expecting a better outcome. It confirmed exactly what we saw in non-human primates in terms of immune responses and in terms of which vaccine regimen was superior. It was all the same. Again, we have no idea about efficacy yet, but that’s what we find encouraging.

How would you characterize Janssen’s commitment to HIV vaccine research, and why don’t you think more companies are involved to the same extent?

Well, I’m a little bit biased, of course, but to your point, the commitment is quite unique. The first reason is that there is a commitment from the senior leadership of the company. For example, our chief scientific officer and our chief executive officer are both champions of HIV research and the company’s campaign to “make HIV history.” Equally important are the science and data supporting the mosaic vaccine concept, as well as the incredible global partnerships we’ve established. There are also legacies in companies like Janssen, where our 25-year involvement in the HIV area spurs us on; we’d like to finish the job.

If the mosaic-based vaccine is found to be effective, do you think there is potential to simplify the regimen, or do you think it will be feasible to introduce a vaccine that requires four immunizations over a year-long period?

It will be challenging, there is no doubt about it. But if the data shows that the vaccine is efficacious, I think we will have to join forces. We will need not one village, we will need many villages to get it done. I think about it in terms of one of my favorite mottoes from Nelson Mandela: “It always seems impossible until it’s done.” We are completely aware that it’s going to be challenging and we will have to work together with many stakeholders.

However, we are also fully aware that regimen simplification will be something that will need to be assessed if we have a good efficacy signal from the ongoing studies.

What plans, if any, is the company considering around access to the vaccine should it prove effective?

There are definitely proactive discussions and planning taking place. We have, together with our colleagues in the company’s global public health division, initiated discussions around access, and we already had our first advisory board one year ago, at which major stakeholders from developing countries were involved, as well as global stakeholders, including the Bill & Melinda Gates Foundation, IAVI, affected communities, and other groups as well. Access is a high-priority issue and we will continue to discuss it with our partners.

One other critical thing is that we already scaled up our manufacturing process, assuming the large volumes that may be required for global access to this vaccine. We invested, at risk, in manufacturing for all the components because if the vaccine is successful, we don’t want to have to wait years to make it. Supply, even for the world’s long-established vaccines, is always one of the major issues.

Earlier this year I was in Zambia, and I was able to visit the Zambia-Emory HIV Research Project site in Lusaka, which is participating in the Imbokodo trial. It was truly remarkable to see the dedication of the clinical trial staff and the volunteers.

I totally understand because if there is something that inspires me enormously, it is visiting the sites. I had the pleasure to do that with Johan Van Hoof, who is the global head of infectious diseases and vaccines for Janssen, and Paul Stoffels, vice chairman of the executive committee and chief scientific officer of Johnson & Johnson, and the energy and the inspiration that you get from the people there, from the staff and the investigators, is incredible. Every site has a different idea and a different approach that makes them unique and the staff and volunteers are truly heroes.