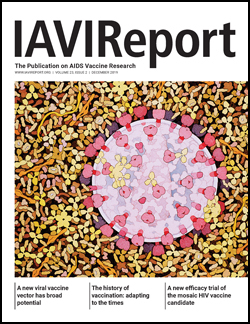 “It was the best of times, it was the worst of times…” So begins Charles Dickens’s famous historical novel A Tale of Two Cities, published in 1859. Dickens was describing the years leading up to the French Revolution, yet it is an oddly apt description of the current state of the vaccine field."

This October, the first Ebola vaccine was approved by the European Medicines Agency. This is by all accounts an important milestone in battling outbreaks of a lethal infectious disease that most often affects people in developing countries. This vaccine, known as Ervebo, was rapidly developed in 2014 during the deadliest outbreak of Ebola in history. It is estimated to be 97.5% effective. Approval of Ervebo also provides an important precedent for other vaccines in development that are using the same vesicular stomatitis virus (VSV) vector.

Other exciting news was reported recently on potential new vaccination strategies against tuberculosis (TB), the world’s deadliest infectious disease (see page 9). In November, a clinical trial began in South Africa to test the idea that revaccinating adolescents with the same BCG TB vaccine they received as infants could offer protection against sustained infection, as a previous study suggests it might. Final results were also published from a Phase IIb trial of GSK’s M72/AS01E TB vaccine candidate. These results show the vaccine candidate was 50% effective at preventing individuals already infected with Mycobacterium tuberculosis from developing active pulmonary TB disease over a three-year period.

HIV vaccine research also took a step forward with the start of a new efficacy trial this October. Researchers from Janssen Vaccines & Prevention, part of the Janssen Pharmaceutical Companies of Johnson & Johnson, together with a consortium of public partners, began their second, and largest, efficacy study (named Mosaico) of Janssen’s mosaic-based HIV vaccine candidate (see page 16).

Based on this, one might think it was the best of times. But amidst all this progress, global cases of measles are on the rise, a disease for which a highly effective vaccine has been available for more than 50 years. Last year more than 140,000 people worldwide died of measles, most of them children under five years old, and 100 million cases of this vaccine-preventable disease were reported, according to the World Health Organization (WHO) and the U.S. Centers for Disease Control and Prevention. In a news release, WHO’s Director-General Tedros Adhanom Ghebreysus said, “The fact that any child dies from a vaccine-preventable disease like measles is frankly an outrage.”

In this issue, we present a brief history of vaccination that shows how scientific developments have led to the development of scores of vaccines, all of which have profoundly improved public health. If only they are used. As the resurgence of measles shows, the challenge is not only developing vaccines against existing and emerging pathogens, but also ensuring the public health impact of existing vaccines is fully realized.

Starting next year, we will be migrating all online content for IAVI Report to the iavi.org website so you can find everything there. We hope you will continue to read, online and in print. Best wishes for the new year!