Remembering Adel Mahmoud, a giant in the vaccine world

The vaccine world lost another of its great leaders recently with the passing of Adel Mahmoud, a physician, scientist, and professor who played a critical role in the development of many innovative and lifesaving vaccines during his long and successful career. He is remembered by his friends and colleagues as a tireless champion of public health and a warm, generous, and compassionate person.

“Dr. Mahmoud used the force of his magnetic personality and humanitarian values to drive the development and use of innovative vaccines—especially in places where they were most needed,” says Julie Gerberding, Executive Vice President and Chief Patient Officer at Merck. Gerberding was previously president of Merck Vaccines, the same post held by Mahmoud from 1998-2006.

During this time, Mahmoud led the development and introduction of several new vaccines. These include the combination vaccine against measles, mumps, rubella, and varicella-zoster virus, the cause of chickenpox, as well as the shingles vaccine, known as Zostavax, which helps prevent the painful infection caused when the chickenpox virus re-emerges. 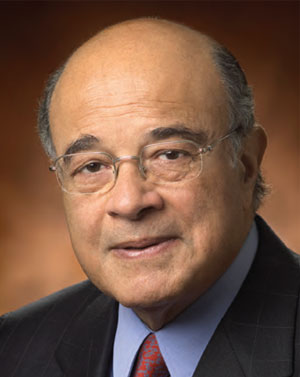 Adel Mahmoud led the development of several new vaccines and “contributed to saving countless lives around the world.”

“His work has contributed to saving countless lives around the world,” says Mark Feinberg, President and CEO of IAVI, who also held a position at Merck Vaccines as Chief Public Health and Science Officer prior to joining IAVI. “Adel was also an important advocate for a global focus on vaccine development and equitable access, including the importance of advancing HIV R&D."

Mahmoud served on IAVI’s Board of Directors since 2012. He was a highly respected voice in the HIV vaccine field and was even tapped to become the inaugural head of the Global HIV Vaccine Enterprise in 2006 before he and the Enterprise’s organizers decided their visions were not aligned (Science, Aug. 15, 2006).

Instead, he went on to become professor at the Woodrow Wilson School of Public and International Affairs and the department of molecular biology at Princeton University, which is where he worked until his death on June 11th at age 76. While in this post, he became a vocal proponent for vaccines to prevent the many infectious disease threats facing the world today.

In 2015, following the largest and deadliest Ebola outbreak to date, Mahmoud was one of three prominent vaccine and infectious disease experts to author an article calling for the establishment of a global vaccine development fund (N. Engl. J. Med., 2015, 373, 297). In this commentary, Mahmoud, along with veteran vaccine developer Stanley Plotkin and Wellcome Trust Director Jeremy Farrar, argued that vaccine development was in crisis, owing to the complexity of existing infectious disease targets vaccinologists are facing, the declining number of manufacturers capable of making vaccines, and the current business model for the vaccine industry that emphasizes market potential

“We consider an international vaccine-development fund to be urgently needed to provide the resources and the momentum to carry vaccines from their conception in academic and government laboratories and small biotechnology firms to development and licensure by industry,” they wrote.

One such effort to usher new vaccines into development, the Coalition for Epidemic Preparedness Innovations (CEPI), did form partly in response to the 2014 Ebola crisis and is now funding vaccine research for its three initial priority pathogens. If successful, CEPI may go part of the way to making Mahmoud’s vision a reality, saving lives in the process.

In the meantime, those close to him mourn the loss of this great mind and person. “For those of us who were fortunate to have Adel as a friend, we know how much joy and positive energy he shared with us and how much we will miss his very special presence,” recalls Feinberg.