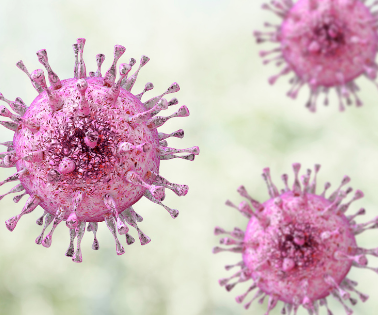 Scientists explain why a cytomegalovirus-vectored vaccine candidate, nearly 20 years in the making, produces promising results in monkeys. Will the same be true in humans?

Researchers in Louis Picker’s lab at the Oregon Health and Science University (OHSU) expect soon to publish the latest findings from their nearly two-decades-long effort to understand how a cytomegalovirus vaccine vector induces robust and lasting immune responses against simian immunodeficiency virus (SIV), the monkey equivalent of HIV.

Cytomegalovirus (CMV) is an ancient part of the herpesvirus family stretching back 200 million years, to when the world was a single continent. The virus evolved to infect more than half of all humans and is mostly asymptomatic. Since 2002, Picker, an immunologist, joined in 2009 by Klaus Früh, a virologist, has marshaled researchers at OHSU to develop CMV as a viral vector for an HIV vaccine.

They’ve seen formulations produce striking results in more than 150 monkeys in their large and long-running non-human primate facility in the Portland woods. And now they may be able to explain why.

CMV is quickly taken up by cells; once in an animal or person it stays for life. That persistence is an advantage for a vector carrying vaccine antigens because — as even the successful vaccines against SARS-CoV-2 show — waning immunity is a pressing challenge. In HIV, any vaccine strategy will need to elicit long-lasting immune responses to work. 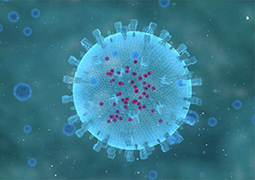 But safety of such a persistent vector is also a pressing issue, as Luka Čičin-Šain at the Helmholtz Center for Infection Research in Braunschweig, Germany, points out. Čičin-Šain’s lab aims to define the balance between CMV-based immune protection and long-term safety. “You don’t wish to use a vaccine vector that stays for life, that promises to give immunity for life, but that may later elicit atherosclerosis or other inflammatory conditions,” he says. “It’s a big axe to wield, and you want to make sure you don’t hurt yourself with it.” After spending five years in Portland as part of Picker’s group, Čičin-Šain is now working to develop CMV-based vaccine formulations against influenza and SARS-CoV-2.

In addition to sorting out safety concerns, Picker and his colleagues painstakingly fine-tuned their viral vectors over years to interrogate a startling find: in 2009 one of their groups of monkeys injected with a rhesus CMV-vectored vaccine expressing SIV antigens showed early control of infection. By 2013, the vaccines could spur control and eventual clearance of the virus. Many times over researchers showed they could get the same signal in up to 50% to 60% of monkeys with their rhesus CMV-based vaccine. It set the stage for the next big questions: why was this happening, and could they elicit the same response in humans?

It will take some time to answer the second question, but in January 2021, Vir Biotechnology took an HIV vaccine prototype that uses a CMV vector into Phase I trials in humans, with sampling due to finish this October. Its vector technology is based on the OHSU work and was developed in collaboration between scientists at OHSU, led by Picker and Früh, and those at Vir. This Phase I trial will provide data on the vaccine’s safety and immunogenicity. Later-stage trials will be needed to explore efficacy.

Meanwhile Picker’s group thinks they can now explain the mechanism behind their CMV vector’s results in monkeys. They believe it’s tied to an unusual kind of immune response elicited by their rhesus CMV vector — and that luck played a role in finding it.

Nearly all prophylactic vaccines induce the immune system’s B cells to make neutralizing antibodies against a pathogen. The CMV vaccine strategy instead prompts a persistent cell-mediated immune response, including inducing virus-specific CD8+ T cells alerted to infection by antigens presented on a cell surface in association with molecular complexes.

The response hinges on those molecules — they’re called MHC, for major histocompatibility complex. These are genetically determined and polymorphic — they vary from host to host — and are often bound, or restricted, to set behaviors through which T cells are then able to recognize specific antigens. It means T-cell immune responses vary substantially.

Picker and his colleagues noticed that an unusual signaling path was emerging in response to the CMV-based vaccines. Normally a signal would go through one of two standard MHCs, known as class I and class II. But the monkeys controlling SIV infection after receiving the rhesus CMV vaccine all showed immune responses mediated through a different pathway, MHC-E. Wild CMV had developed gene inhibitors that suppress this signal, but, in the thousands of CMV vectors researchers grew in Picker’s lab, eight genes had been spontaneously knocked out from a strain they wound up using. This proved to be crucial: the knocked-out genes included the inhibitors. It was apparently the exact thing needed to open the way. “It’s very clear that’s a part of this kind of protection,” he says.

This was a positive for vaccine development, because the MHC-E pathway is conserved: it does not change from monkey to monkey or person to person. And it’s an unusual, non-classical path. Most viruses don’t generate T cells that respond to MHC-E. But maybe they can be made to. “The goal is to mimic the responses in humans that we see in monkeys,” Picker says. In fact, he suspects researchers may have to keep trying different CMV-based HIV vaccine vector formulations until they induce MHC-E responses in people for this approach to be successful.

In conjunction with Picker’s CMV work, molecular medicine professor Sir Andrew McMichael at Oxford’s Nuffield Department of Medicine — the researcher who, working with Ita Askonas, was the first to isolate human, virus-specific CD8 T cells — leads a group experimenting with priming the MHC-E-restricted pathway in humans. They’ve been able to show in the lab that it can be used to suppress HIV infection. At least in vitro, this supports Picker’s findings in monkeys and suggests a similar pathway might possibly be able to control and clear HIV infection in humans.

Momentum in vaccine research right now leans toward generating neutralizing antibodies, not cell-mediated immunity, given that HIV vaccine candidates that did not induce broadly neutralizing antibodies have largely failed to work in clinical trials. “But a T-cell response can control infection if it occurs. It’s what’s happening with the COVID-19 vaccines,” says Stanley Plotkin, a veteran vaccine developer. “We have vaccines that prevent infections. In many cases, though, they don’t prevent — what they do is stop infection from a high degree of replication, and from spreading throughout the body.” Studies suggest it may actually be T-cell responses that propel COVID-19 vaccines in the event the virus evades frontline neutralizing antibodies.

Čičin-Šain says it’s exciting to see how far CMV efforts have come. “There is still the possibility they discover something new, but that then works different in humans than it does in the monkey model. That’s why they need to do clinical studies.” Wayne Koff, now president of the Human Vaccines Project, was chief science officer at IAVI in 2009 when it decided to support CMV vector investigations. “I still think it’s an exciting concept to pursue,” he says.

Plotkin has worked with CMV to try and prevent its congenital transmission. He also appreciates it as a potential vaccine vector, with its complex and not-fully-understood biology. “I’m in favor of doing studies in humans to see whether protection is similar to that in monkeys,” he says. “If it were 50% effective, that would clearly be 50% better than the zero we have now.”

For more information about the OHSU program, see A Virus and a Vector, Evolving (pg. 14).

Other groups working with CMV include: