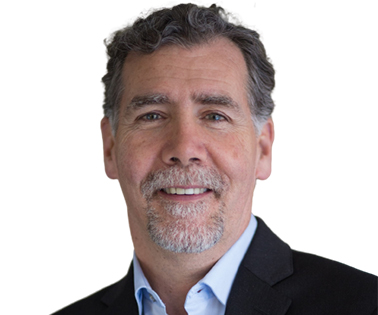 Monkeypox: What went right and what went wrong?

Chris Beyrer, director of the Duke Global Health Institute and a renowned epidemiologist, discusses the monkeypox outbreak and the U.S. response.

COVID-19 exposed the weaknesses in public health systems across the globe and offered numerous lessons on how to handle future outbreaks.

Yet, this summer, some started to question if those lessons were learned. In May, even as the world was still very much in the grips of the COVID-19 pandemic, monkeypox began rapidly spreading across the globe. This orthopoxvirus infects numerous mammalian species but was previously confined largely to a handful of endemic countries in the rainforest zone of Africa, where sporadic outbreaks occurred either from person-to-person spread or spillover from infected animals to humans.

When monkeypox infections soared across the globe this summer, it was clearly person-to-person transmission and likely sexual contact that was fueling its spread as cases rapidly increased among men who have sex with men (MSM) in the U.S. and Europe. At its peak, monkeypox was declared a Public Health Emergency of International Concern by the World Health Organization (WHO). Some early missteps in the response to this virus — stigma, a lack of testing, and slow rollout of vaccines — likely fueled the rapid uptick in cases.

But almost as quickly as case numbers spiked, they began to decline. And notably, the virus never really took root in populations other than MSM, including daycare centers and college campuses, averting what some had expected could be the worst-case scenario. The rapid decline was largely due to vaccination and behavior change within the MSM community.

To sort out what went right and what went wrong with the response to monkeypox, I recently spoke with Chris Beyrer, director of the Duke Global Health Institute, a professor of medicine, and a renowned epidemiologist with a long history in HIV/AIDS research and policy. An edited version of our conversation appears below.

What drove the rapid uptick in the number of monkeypox cases in the U.S. and Europe? Was sexual transmission a new property of this strain of monkeypox?

Well, that’s a very important question, and as so often happens, we don’t fully understand the exact emergence of this new monkeypox strain. But this likely started sometime in 2017 or just before when this clade of monkeypox emerged in Nigeria with a very different epidemiology — more focal lesions, more spread among urban populations, and very little evidence of animal spillover, so very much driven by person-to-person spread. And clearly, a majority of cases then were from sexual exposure, which is part of the reason we’re not entirely clear about what happened with this new emergence.

Nigeria is a challenging place to be openly gay, and although most of the cases in Nigeria in 2017 were in men, and there were many more cases of genital lesions, they report that there was no evidence of anal-rectal lesions. Now, of course, you can’t see something you don’t look for, and you can’t see something that people aren’t willing to disclose. And we know from other sexually transmitted infections that Nigeria, and many other countries, are places where men don’t disclose that they have anal-rectal lesions because it implies that you’ve had receptive anal sex. So, all of that remains unclear.

What is clear that this clade of monkeypox spread for five years from 2017 to 2022 with very little attention, and the epidemiologists who were talking about it were restrained from further investigation by the government. There was no WHO emergency declared, no vaccine program, and no antiviral program. This is, unfortunately, likely the time and place where this probably could have been contained and managed with relatively modest resources and good public health practices, but it wasn’t. In the seven endemic countries, monkeypox is so widespread in wild rodent populations that it probably can’t be eradicated, but it could have been in Nigeria.

Then the emergence in the U.S. and Europe occurred in May 2022 at two big gatherings of gay and bisexual men — the Pride festivities in the Canary Islands and then a kind of leather festival in Antwerp, Belgium. In both cases, there were men coming from all over Europe, and presumably from all over the world, allowing monkeypox to really enter this network of sexually active gay men during Pride season. What we saw then was a that this very quickly became a major outbreak that was very heavily concentrated in those networks.

I think the concerns about stigmatizing gay men by talking about this as primarily an infection of gay and bisexual men was important for people to be mindful of and pay attention to, but the reality is that we were fortunate that, for the most part, monkeypox appears to have stayed in the community. That is a good thing.

To what do you attribute the decline in monkeypox cases? Is it predominantly vaccination, behavior change, or a combination? 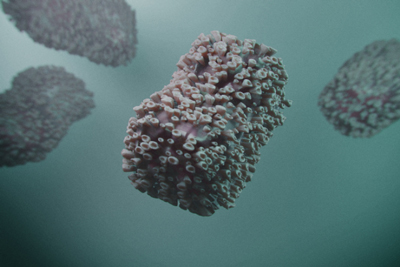 One of the big differences with monkeypox compared to many other infectious disease outbreaks is that the U.S. government had made a scientific investment to develop a less reactogenic, safer smallpox vaccine out of concerns that the virus could be used as a biological weapon. The old smallpox vaccine is replication competent and can’t be used in people who are immunocompromised or in people living with HIV, so the U.S. National Institute of Allergy and Infectious Diseases invested in the development of this new JYNNEOS vaccine and stockpiled it in case there was ever any smallpox outbreak.

This two-dose vaccine appears to be very effective — we could never do an efficacy trial because smallpox was eradicated, and we have tried to do one with monkeypox, but it probably isn’t going to be completed because the epidemic is coming under such swift control. It also is safe in people with HIV, which is critical because about 40% of all the people with a diagnosed case of monkeypox in the U.S., Europe, and Latin America are also living with HIV.

I don’t think there is any question that the vaccine played an important role in the decline of monkeypox. The other reality is that vaccines have a big behavioral component and vaccine hesitancy is significantly lower in gay men than it is in other populations. That is very clear too.

But behavior change clearly played an important role too. We have good data from the American Men’s Internet Study that show men had a significant reduction in the number of anonymous partners and in new partners in response to the monkeypox outbreak. About half of all men surveyed said that they had significantly reduced their sexual exposures, so it’s been a dramatic shift. The CDC [U.S. Centers for Disease Control and Prevention] published these data in the MMWR, which they never do unless they think the data has some validity.

How has access to monkeypox testing and vaccines or therapies differed in more marginalized communities of MSM in the U.S. and how is it reminiscent of the HIV/AIDS epidemic?

What we’ve seen is that there were higher rates of monkeypox in the U.S. by proportion among black and Latinx gay and bisexual men, and at the same time, lower rates of immunization against monkeypox. I think most public health experts would argue that this is likely because of lower rates of health insurance coverage and access to private health care services in these communities. And early on, testing in the public health system was onerous and difficult.

There is also some evidence to suggest that vaccine hesitancy is higher in some of these communities. And there is the other reality, which is that there are communities in which it is difficult to be gay and people may be more reluctant to seek care.

Also, with monkeypox, we’re asking people to quarantine or isolate for a month and there are a limited number of people who can do that. For a great many people, particularly working-class individuals, it’s just not practical. Without social support, you’re asking people to do things that really only a privileged minority can do.

Did the U.S. response to monkeypox repeat some of the same mistakes that were made in handling COVID-19?

I think the response improved relatively quickly, but in that crucial early period at the start of the outbreak, which you can never get back, there were once again many challenges. One issue was the CDC’s insistence on centralized testing. They did that early on in COVID and now monkeypox brought home, yet again, the challenges in doing that.

The second problem was that the JYNNEOS vaccine was only made by one company in Denmark, so we were slow to get those stockpiled vaccine doses mobilized, lyophilized, in vials, and available to people. So, for a while, both testing and vaccination capacity was completely out of sync with the scale of the problem. In New York City, for example, we were able to do something like 40 tests a day and immunize hundreds of people when it was Pride month and there were literally hundreds of thousands of people gathering.

But the U.S. government took this seriously and the outreach from the administration and the CDC was impressive. They were listening and paying attention to the community and the White House office of LGBTQ outreach very quickly reached out to leaders in the public health and LGBTQ community and were interested in partnering with us. That gave everybody a lot of confidence. I think we all kind of felt the old solidarity of the early HIV days.

Read more about the latest statistics on the U.S. monkeypox outbreak, and the latest global trends.