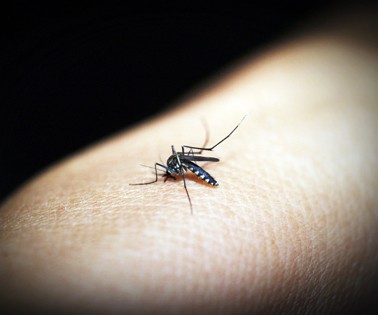 Two vaccines are poised for delivery against this old foe. What will it take for them to change the field?

Data streaming in from clinical trials in Burkina Faso, Mali, Kenya, and Tanzania show boosting a late-stage malaria vaccine candidate called R21 can increase efficacy up to 80% in young children. This finding adds momentum to the long hunt for effective vaccines against one of the world’s worst killers of children and a major burden in vast parts of sub-Saharan Africa and southern Asia.

In 2021, the World Health Organization recommended the first malaria vaccine — the GSK-produced RTS,S — for use among children living in regions with moderate to high levels of disease transmission. This vaccine provides 40% protection and is due to be rolled out in 2023. There are also several other medical interventions in motion, including preventive drugs, monoclonal antibodies, and other vaccine regimens, sparking optimism in the battle against one of the world’s oldest scourges.

Malaria is caused by the Plasmodium parasite, transmitted to humans through mosquito saliva. The parasite springs rapidly into its life cycle: infecting the host as the mosquito takes a blood meal, firing sporozoites into the skin from where they speed their way into liver cells. Developing Plasmodium are hidden there from the body’s immune system; about a week later they burst forth from this sanctuary. During this blood stage Plasmodium gametocytes capable of reproduction flood the human bloodstream. Another Anopheles mosquito bite draws infected blood, and the cycle starts all over again. Malarial symptoms — shivering and chills, followed by high fever — begin a few weeks after the initial bite, and the disease, if untreated, can last for years.

Over the past century, researchers have worked to disrupt every part of this cycle. “The tricky thing about malaria is just picking which gene or genes you’re going to target with your vaccine, and which part of the life cycle to focus on,” says Katie Ewer, an immunologist with Oxford University’s Jenner Institute, which is developing the R21 vaccine candidate. Phase I/IIb studies show that when boosted, this candidate is up to 80% effective against the most common type of Plasmodium malaria parasite affecting sub-Saharan Africa (there are four globally).

“The aim of our vaccine is to stop those sporozoites from getting from your skin to your liver; we try to train your immune system to make antibodies to do that. The problem is it doesn’t take very long for those parasites to get to the liver — somewhere between 30 minutes and two hours,” Ewer says. “That’s the window of time the vaccine has to work.” Oxford’s R21 vaccine also works in part by inducing T follicular helper cells in the germinal centers of lymph nodes.

Each infectious disease presents unique challenges to vaccine researchers. For malaria, it’s the fact that the malarial parasite is a fiendishly complicated organism. “It has lots of stages in its life cycle and has about 5,000 genes,” Ewer says.

This is one reason why researchers at GSK had to labor for 30-plus years to develop its RTS,S vaccine (Mosquirix), which is about 40% effective after a full regimen of four doses, although seasonal application in high-transmission areas or combination uses could boost efficacy further.

Researchers developing the R21 vaccine over the last decade have been able to take advantage of Novavax’s Matrix-M adjuvant to boost efficacy, while reducing dose and cost, though full vaccination will still require three initial shots and a booster 12 months later.

Multi-dose vaccine courses can be challenging, as uptake of COVID-19 vaccine booster doses has shown. Even so, other childhood vaccines, such as for hepatitis or diphtheria, also require three initial doses at a very young age and people are highly motivated in the fight against malaria. Finding the right formulations after a century of difficult research is an incredible achievement — enough to fuel dreams of malaria eradication. But serious obstacles and hard choices remain, and it would not be the first time that optimism about disease eradication got ahead of capabilities.

Vaccine introduction and delivery will also be competing against other low-cost therapeutics and preventives, raising questions, for some at least, about how to prioritize what may begin as a US$37 vaccine course. George Jagoe, executive vice president of access and product management at Medicines for Malaria Venture, says there are several exciting drugs for malaria prevention, including combination products such as sulfadoxine and pyrimethamine plus amodiaquine that are already delivered in seasonal malaria ‘chemoprevention’ programs.

“In 13 countries in West Africa where they have peak months of transmission of malaria, close to 50 million kids are taking oral monthly prevention medicines at a cost of only about 20 or 30 cents a month,” Jagoe says. He questions how vaccines will be used in places where chemoprevention is already in use, saying perhaps they could offer protection for children in places with perennial transmission patterns where these drugs aren’t appropriate.

And if a vaccine doesn’t offer lifetime protection, cost will be a chronic issue. “I don’t know how we can even compare it with the drugs used today for prevention,” Jagoe says, given that these drugs are so comparatively cheap.

Supply of vaccines is also a concern. While demand is constant — 240 million people contract malaria every year, and nearly 500,000 children die from it — vaccine supply is expected to come in far short of that initially. If Mosquirix delivery in 2023 or early 2024 comes in as planned at 10 million doses, a multidose regimen makes that a drop in the bucket. Indian pharma manufacturers may step in as producers — reports have Serum Institute of India ready to make 200 million R21 doses on approval — but pandemic-stressed supply chains are still prone to breaking.

Kelly Chibale, organic chemist and director of the Holistic Drug Discovery and Development Center (H3D), is cheered by the prospect of Mosquirix delivery, even if supply is constrained and even if it is only 40% effective. “For the first time in 100 years we see a vaccine with that kind of efficacy, even though it’s not optimal. When you look at how many children die of malaria, it will impact mortality reduction,” he says. The promise shown by R21 cheers him even more. “Precisely because whether it’s eliminating malaria or controlling it, we need multiple interventions and approaches.”

More of these may be on the way given research programs in malaria prevention investigating monoclonal antibodies and the potential for mRNA-based vaccine formulations. Chibale also argues that the fight against malaria is now an opportunity to use Africa-focused approaches to help countries where the burden of malaria is greatest. Emerging institutions like the African Medicines Agency could make multi-center Phase III trials easier on the continent. “Malaria gives me hope in terms of what can be done,” he says.

It’s more than hope. Growing up in a northern Zambian village, Chibale got to know malaria well and knows what it does, having come down with it numerous times. It’s a constant upending for families and the already difficult efforts to keep food on the table. But for so many children, it’s much more immediate. “You can taste and smell death,” he says. “I hate malaria. I want revenge, if I can use that word. It’s devastating.”