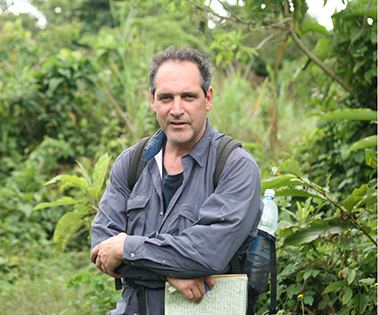 The COVID-19 pandemic, and the race to develop diagnostics, vaccines, and treatments to thwart it, made everyone more keenly aware of the power of science. It also turned many journalists into science writers. But very few journalists, even those who were already covering science, have as much experience writing about infectious diseases, vaccines, and public health as Jon Cohen.

Cohen is a senior correspondent with Science magazine and is also the author of several nonfiction books, including Shots in the Dark: The Wayward Search for an AIDS Vaccine.

When SARS-CoV-2 emerged and scientists began rapidly developing and testing vaccines against it, Cohen went to work reporting and writing the stories that mattered most to the scientific community. But this time his work had a dual purpose — his process was also being filmed as part of a documentary that would provide a time capsule of what this unique period was like.

This recently released documentary, How to Survive a Pandemic by David France, takes us through this very recent history and shows what a remarkable period of scientific discovery it was. “This film takes us on a journey that we’ve all been through,” Cohen says. But somehow it still manages to feel surprising.

I connected recently with Cohen over Zoom. We spoke about what made writing about this pandemic different and what stories are still to be told.

An edited and abridged version of our conversation appears below.

What was the most challenging part of reporting on this pandemic?

I’ve been covering vaccines for my entire career and there have never been this many parallel projects — we’re talking 150 vaccines in development — so just keeping track of it was enormously challenging. On top of that, the vaccine manufacturers ranged from being all too communicative, to not communicating at all, so that was really challenging.

What about the pandemic changed the way science gets published? Are reporters more willing now to rely on data that isn’t peer reviewed?

Information travels more quickly today because of preprints and social media, but that was happening even before the pandemic; the pandemic just made preprints famous. All of this has basically created an environment that is similar to attending a scientific conference. When I go to a meeting, such as the big AIDS conferences, there are hundreds, if not thousands of posters, papers, and presentations, and none of them are peer reviewed. It’s okay to discuss things that aren’t peer reviewed as long as they’re properly presented and looked at critically. It’s not really that different for me. But for a lot of journalists, I think it was different. The pandemic turned legions of journalists into infectious disease, immunology, and vaccine writers and all of them dove into this without having ever done it before. For them it was a huge learning curve, and I think, overall, the media has been tremendous.

Everybody is talking about neutralizing antibodies now.

Yeah, now we can almost talk about T-cells.

What surprised you most in your reporting on COVID-19? Was it scientific? Political?

And, frankly, I’m still surprised that vaccine hesitancy didn’t wane more. In the beginning it was very logical to be wary of a new vaccine that hasn’t been in that many people. But now we’re talking about vaccines that have been in more humans than any other vaccines, while at the same time the virus has been harming people for so long in every country that it’s perfectly clear that it’s a dangerous virus. The fact that humans have such difficulty assessing risk and benefit still really surprises me.

I was also surprised that vaccines were proven to work as quickly as they were. But that really spoke to the virus. It’s an easy virus to stop with a proper immune response. HIV teaches us that it’s not about how much money you spend or how smart people are; ultimately, it comes down to how wily the foe is. For SARS-CoV-2, every platform works somewhat. Some vaccines failed, but the vast majority work and the vast majority are safe. It’s remarkable how easy it is, on a certain level, for the immune system to handle this virus.

Something else that surprises me is how so many people don’t understand that the point of vaccines is to keep you out of hospitals, not to prevent infections altogether.

Did the fact that the vaccines performed so well at preventing infection with the original strain of SARS-CoV-2 inflate people’s expectations?

Absolutely. And the early efficacy data was also hugely misleading because the endpoint of those trials was preventing disease. Had the endpoint initially been preventing infection, the vaccines wouldn’t have been 95% effective.

You mentioned the vitriol that seemed to reach an unprecedented level during the pandemic. How did this compare to the early days of HIV/AIDS?

AIDS activists threw fake blood on researchers at AIDS conferences, but these were people who were dying because of this disease or were losing loved ones to this disease. As a community of angry people, they had great respect for the scientists. They just wanted more out of them. So, while I have seen that kind of vitriol before, it also dissipated as science delivered. Science delivered here, yet there is still a level of madness running afoot, and I think it reveals how little so many people understand the scientific process. The world of science largely embraces ambiguity, but that isn’t satisfying to people. ‘You said don’t wear masks, now you’re saying wear masks. You said two shots would work, and now you’re telling me it’s three, and now you are saying it’s four.’ The public has a really hard time accepting that scientists change their minds based on the evidence they have today.

The latter half of the documentary, How to Survive a Pandemic, delves into the global inequity in COVID-19 vaccine distribution, a story that is still unfolding. There are obviously many parallels with the struggle to make HIV treatment available worldwide. But there are also some major differences. What are some of those differences?

One is that we don’t have the infrastructure set up to vaccinate a huge number of adults. All major vaccination programs are for children, so logistically, it’s an enormous hurdle to get all of these adults vaccinated. Another difference is that treating people is different from prevention. There is an impetus to get medicine and take medicine when you have a chronic disease, but that doesn’t exist here. If you’re infected with HIV, unless you’re in the smallest minority of people, you are going to die from the virus in about 12 years, on average. When you are living without receiving a COVID-19 vaccine, in some places you might go 12 years without even being exposed to the virus.

But in reality, access to COVID vaccines, even since the moment the film wrapped, has become less of an issue. In Africa, it’s not really a supply issue right now. The African Union is saying they can’t use all the vaccines they have because of a lack of infrastructure and a lack of demand. So, in that way too, it is a very different equation than it was for HIV.

What are the COVID stories that are yet to be told?

I remain very interested in what we are learning from this experience and what we can do next. All too often governments fail to critically analyze where they fell short, and industry certainly doesn’t like to do that, but I think we need more reflection on what went wrong and why. I still think influenza is going to be the big pandemic and it’s a far more difficult virus to stop than SARS-CoV-2, so that’s where my focus is. How can science help us prevent the next pandemic? I think we can do a whole lot better in rapid response and there are a lot of clever ideas I’m excited about, yet I feel like we’ve kicked back into that lackadaisical mode. We have a lull now. In surfing, when there’s a lull in between the big set waves, that’s when you paddle out. But we tend to paddle out when the waves are crashing. We wait for crisis.

Read Jon’s latest article in Science on how climate change is fueling infectious disease outbreaks, and follow him on Twitter.