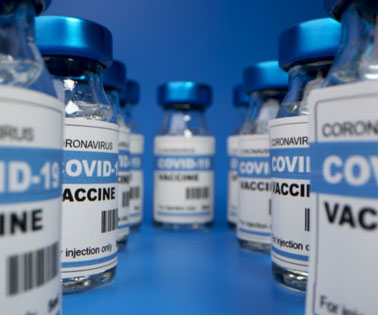 With pluck, persistence, and scientific prowess, more countries are gearing up to develop and produce the vaccines of the future.

A couple of weeks ago South African scientists began testing an mRNA-based vaccine developed in a partnership between University of Witwatersrand researchers and Afrigen Biologics and Vaccines, a South African biotech with its incubation chambers located in corrugated facilities between a kitchen supply store and a motorcycle shop in suburban Cape Town.

From here, they seek to produce the first African-made mRNA vaccine and — beyond that — to train developers from other would-be vaccine makers in order to enable more widespread manufacturing of this mRNA-based technology.

Manufacturing of mRNA vaccines requires specialized equipment, and current production is limited primarily to the U.S., Switzerland, Germany, Belgium, and the U.K. The push to expand manufacturing capabilities beyond these few wealthy countries became critical when poorer countries witnessed COVID-19 vaccines get developed rapidly and successfully against SARS-CoV-2 only to find themselves priced out and in back of the line when it came to purchasing and receiving the shots.

While the current Afrigen mRNA vaccine candidate is against SARS-CoV-2, the goal is to develop production capabilities that could be used for many other vaccines in the future. Two-plus years into the pandemic there are enough COVID vaccines to go around, even in many poorer countries; a more pressing problem is vaccine uptake. The only African manufacturer actually licensed to make any vaccine against COVID-19 (Aspen Pharmacare in South Africa, which is licensed to make Johnson & Johnson’s adenovirus-based shot) has yet to receive an order, and may shut down that production line. 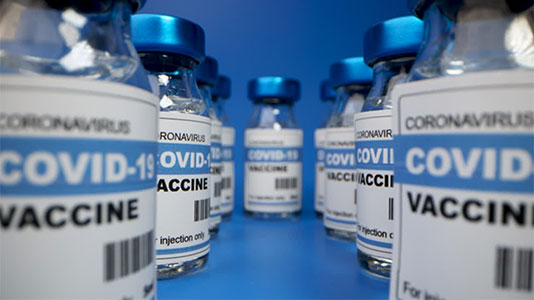 COVID-19 dealt great hardship. But it also opened new avenues to ensure vaccines are made and available in more places around the globe — if not for COVID-19, then for future pandemic threats.

“We were founded with a mission to localize vaccine manufacturing in Africa. Our first candidate was a TB [tuberculosis] vaccine,” says Petro Terblanche, Afrigen’s managing director. When mRNA technologies raced ahead during the COVID pandemic, Terblanche sensed the field shifting. “We saw that this is an opportunity to create. Not just here, but in lower- and middle-income countries. To use our energy, knowledge, and our resources to build networks for manufacturing.”

If Afrigen’s COVID-19 candidate succeeds, Terblanche says it would most likely be used just as a booster. More importantly, it will show that it can done — not just for COVID-19 but for other diseases too. “COVID is our trailblazer, it’s our proof of concept,” Terblanche says. “But this isn’t a product initiative, it’s a platform. We’re building up capabilities for low- and middle-income countries to design, develop, and manufacture mRNA vaccines.”

A year ago the World Health Organization (WHO) launched a technology transfer initiative to diversify global COVID-19 vaccine production. The WHO selected Afrigen and Biovac, a Cape Town contract manufacturer, to be its technology transfer “hub” for which there would be many “spokes” — institutions around the world that could benefit from Afrigen’s research and development expertise and partnerships, and further pursue their own. The WHO spearheaded fundraising efforts — an estimated U.S.$100 million is needed over the next five years to support the hub’s operational expenses.

An mRNA vaccine works by delivering specific instructions to cells on how to produce viral proteins that serve as vaccine antigens. When the cells follow the instructions correctly, the antigens trigger the body’s immune defenses. Afrigen researchers took their first steps toward making their candidate using the code from Stanford University for producing the SARS-CoV-2 viral spike protein; this is the same sequence used in Moderna’s mRNA vaccine against COVID-19, deciphered by Stanford researchers and published in the public domain.

It would be Afrigen’s job to show it could formulate an mRNA vaccine at its facilities using the repurposed sequencing, at least in microliter amounts. For that it needed help. Patrick Arbuthnot, a gene researcher at the University of Witwatersrand in Johannesburg (also known as Wits), was sequencing mRNA to encode gene editing proteins for hepatitis B therapies when the COVID-19 pandemic began. He and his colleagues quickly refocused, and a partnership developed. “They had experience with formulation, but not so much experience with molecular biology, which is our strength,” Arbuthnot says. The Wits team used the Stanford sequence to code for the antigen used in the Afrigen vaccine.

They supported Afrigen by designing templates for making the mRNA, carrying out the reactions, and purifying the mRNA product, filtering out unwanted enzymes and plasma. “We assisted by giving them the training needed to make the mRNA,” Arbuthnot says. “They are now set up to do that.” In January, Afrigen produced its first vaccine batch.

In recent weeks, Wits researchers and Afrigen began testing their candidate in mice. They hope to start clinical trials in humans by the end of this year. They also hosted scientists from Bangladesh, Brazil, Indonesia, and Argentina in South Africa for trainings. Egyptian and Indian developers are next to come, and scientists from a dozen more institutions will also join the effort.

“It’s motivating,” Terblanche says. "One person in the last group said, ‘I can’t believe it, we were here for three days, and I could hold a vial with an mRNA vaccine in my hand.’”

Afrigen is now trying to tweak the lipid formulation for the vaccine to make it stable at higher temperatures. This would solve the problem of having to store vaccine at extreme cold, which is problematic in some areas of Africa, and could allow mRNA vaccines to be delivered in the same way as childhood vaccines.

As the intrepid South African researchers press on, the WHO hub faces many obstacles, one of which will be long-haul funding commitments. About 72% of the initial $100 million in funding is pledged. But governments that have pledged are all burdened by ongoing inflation, rising energy prices, and expensive and long-term military commitments with no end in sight due to the war in Ukraine.

Meanwhile, both Moderna and Pfizer/BioNTech, the prominently successful developers of mRNA vaccines against COVID-19, are slowly making their own moves to establish vaccine manufacturing in Africa. Moderna has signed a deal to build a $500 million vaccine facility in Kenya for making drug substance as well as for syringe-filling production and packaging, and BioNTech has launched a plan to send modular mRNA vaccine production containers to Rwanda and Senegal. Instead of repurposing existing vaccine manufacturing capabilities in developing countries, the idea is to introduce modular, self-contained mRNA manufacturing boxes known as “BioNTainers.”

Arbuthnot is skeptical of this modular approach. “They’re black boxes,” he says. He’d rather see African scientists and medical personnel fully immersed in developing these technologies.

For her part, Terblanche would be happy if Africa becomes more attractive for large outside companies to manufacture locally. Sub-Saharan Africa uses nearly 25% of the world’s total vaccine doses, and there are pathogens of more local concern that would benefit from big pharma R&D. She sees the hub initiative as a comparative bargain — $100 million is one-fifth the cost of one new Moderna facility in Africa.

Although the vaccine formulation that Afrigen is testing in mice carries with it a genetic sequence Xeroxed from the public domain — an approach still tricky to negotiate around intellectual property interests — Arbuthnot and Terblanche keep thinking big. “We want to use the Moderna vaccine as a reference, not to copy it,” he says.

They want to develop new lipids, and fully exploit the capabilities of mRNA platform. “We want to use our own new and original technology to make formulations that may be used against COVID, and also other pathogens that are important to Africa.”

Read more about how the mRNA platform is being applied to HIV vaccine development.