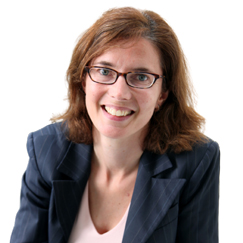 Hester Kuipers leads the IAVI team and office from its base in Amsterdam, overseeing the policy, advocacy, resource mobilization, and communications programs, as well as IAVI’s relations in Europe with donors, government representatives, researchers, civil society, and the press. Kuipers joined IAVI Europe in 2006, initially as director of Communications and from 2010 as director of Advocacy & Communications. In these roles, Kuipers was responsible for handling IAVI’s press relations and external communications, developing advocacy programs across 10 European countries and the European Union institutions, engaging civil society, members of parliament, researchers, and policymakers, and contributing to relevant policy consultations.

Previously, Kuipers was a director at Excerpta Medica, an Elsevier Science company providing services in scientific publications and medical communications. She started her career as an immunology scientist, at the University of Cambridge, Department of Surgery, in the United Kingdom, and at Novartis Pharma Ltd. in Switzerland.

Kuipers has an M.S. in biology from the University of Utrecht in The Netherlands.