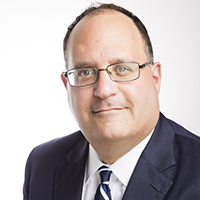 Robert Goldberg has decades of deep and varied professional experience, including in many leadership positions within higher education. He currently serves as vice president, finance and administration, at Swarthmore College.

Previously, Goldberg was vice president, chief operating officer, and treasurer at Pomona College, where he managed an extensive portfolio of work, including Pomona’s $190 million annual budget and its $3 billion endowment. Before Pomona College, he was chief operating officer at Barnard College where he managed Barnard’s annual budget and oversaw nearly 500 staff members in areas charged with the day-to-day operations of the college. Prior to that, Goldberg completed 25 years of service with the federal government, most recently as the director of the Office of U.S. Foreign Assistance Resources at the Department of State (2010-2014), where he managed all aspects of the $32 billion foreign assistance budget for the department and for the U.S. Agency for International Development.

From 1995 to 2014, Goldberg served in various roles at the Office of Management and Budget (OMB), including deputy associate director for international affairs, the senior career official responsible for budget and policy matters related to the U.S. government’s international affairs program; chief of the Force Structure and Investment Branch of OMB’s National Security Division; and senior budget analyst. His first public sector role was evaluator in the National Security and International Affairs Division of the former General Accounting Office (now Government Accountability Office).

He holds both a bachelor’s and a master’s degree in international relations from George Washington University.