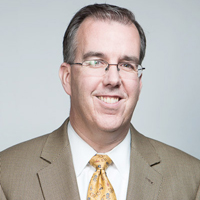 Former President and CEO of Aeras

Jim Connolly is the former president and CEO of Aeras, a nonprofit organization dedicated to developing tuberculosis vaccines. He served in this role from 2010 through 2012 and as Aeras board member until the asset transfer to IAVI in 2018. Recently, Connolly served as CEO of Tivorsan Pharmaceuticals and as consultant/adviser to various pharmaceutical, biotech, and investment organizations.

During his tenure leading Wyeth Vaccines from 2005 to 2009, Connolly played a leading role in building the company’s vaccines business into one of the top four global manufacturers and expanding access to the breakthrough pneumococcal vaccine Prevnar to more than 100 countries and 35 national immunization programs, including numerous emerging and developing countries where pneumococcal disease is a major cause of child mortality.

Currently, he is on the board of directors of Vaxess Technologies, Tivorsan Pharmaceuticals, and Covenant House Pennsylvania.

He holds a B.S. in business administration from Washington University in St. Louis.