HIV Prevention: From Innovation to Implementation 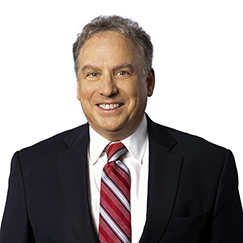 Mark Feinberg, M.D., Ph.D., is President and CEO of IAVI.

This week, thousands of researchers, clinicians, advocates, and leaders of the global HIV/AIDS response are gathering in Amsterdam for AIDS 2018, the 22nd International AIDS Conference. Recent trends will make it clear to all of us that HIV prevention remains paramount.

The latest report from the Joint United Nations Programme on HIV/AIDS (UNAIDS) released last week, indicates that in 2017, there were an estimated 1.8 million new HIV infections, bringing the total number of HIV-infected people to 37 million. This stubbornly high infection rate continues, with approximately 2 million new infections occurring every year since 2005, despite tremendous progress in providing those already infected with life-saving antiretroviral treatment. The UNAIDS report also notes that individuals in marginalized populations continue to lag behind in having access to available prevention options, with nearly half of all new infections occurring in these groups.

And the situation is likely to worsen. A Lancet Commission of experts on HIV/AIDS writing recently in the journal concluded that “without further reductions in HIV incidence, a resurgence of the epidemic is inevitable, as the largest ever generation of young people age into adolescence and adulthood,” (DOI: https://doi.org/10.1016/S0140-6736(18)31070-5).

Fortunately, vaccine research and development is entering a new phase that holds great promise. A new generation of HIV vaccine candidates is entering clinical trials and these candidates are fundamentally different from those developed and tested in the past. These candidates are the result of a decades-long effort to understand the biology of HIV transmission and the nature of the immune responses mounted against the virus. They were created using the most innovative and elegant vaccine science. The newest vaccine candidates are designed based on hypotheses about how best to elicit specific immune responses, particularly broadly neutralizing antibodies, which scientists widely agree would be the best means of conferring protection against HIV.

While these first-generation candidates are unlikely to induce broadly neutralizing antibodies by themselves, the goal is to use data from the initial clinical trials to determine if the approach being pursued is working as intended. And because they are designed to test a specific hypothesis, researchers will then be able to refine and improve these candidates much earlier in the development process.

Meanwhile, scientists are making great strides in developing and testing monoclonal antibodies against HIV that can be used directly to prevent infection, a strategy referred to as antibody-mediated prophylaxis. Dozens of antibodies are now in preclinical and clinical development to determine if they are effective at treating, preventing, or even curing HIV infection. While we work to develop an efficacious vaccine, these antibodies may provide an additional tool to help reduce infection rates; one that could be available much sooner.

We need new ways to stop the spread of HIV if we are going to end this epidemic, and we need to ensure that all HIV prevention tools are accessible to those most in need. While we must continue to make sure that as many people as possible are accessing treatment, treatment alone is not going to end this epidemic, as the Lancet Commission concluded (DOI: https://doi.org/10.1016/S0140-6736(18)31070-5).

Ending AIDS will require maximizing treatment availability and developing and providing broad and affordable access to new innovations to prevent HIV infection. The only way an epidemic has ever been eliminated or eradicated in human history is with a vaccine. We will need one to end AIDS.

Learn about IAVI's activities at the 22nd International AIDS Conference in Amsterdam.