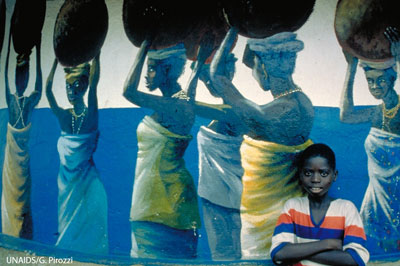 AMSTERDAM — MAY 18, 2018 — The International AIDS Vaccine Initiative (IAVI) is pleased to announce renewed funding from the Danish Government, a longtime partner in the mission to develop a safe, effective, and accessible HIV vaccine. IAVI will receive a total of DKK 20 million (USD $3.18 million) from 2018-2021, administered by the Danish Ministry of Foreign Affairs (Danida).

“IAVI is grateful to the Danish government for its renewed investment in the development of an HIV vaccine, and for its continuing attention to the needs of communities disproportionally affected by the disease,” said Dr. Mark Feinberg, MD, PhD, IAVI President and CEO. “We applaud the Ministry’s sustained commitment to combatting HIV/AIDS, and we are proud to count the people of Denmark among our partners toward expediting the development of an effective HIV vaccine, and ultimately, achieving the goal of a world without AIDS.”

Approximately 2 million people are infected with HIV each year. Nearly two-thirds reside in sub-Saharan Africa, where women and adolescents face an even greater HIV risk than the general population. IAVI works to address this disparity through its robust network of African-led clinical research center partners in five sub-Saharan nations. With this new award, Danida supports IAVI and its partners as they continue to:

“The Danish government is pleased to continue its partnership with IAVI, whose unique model pairs scientific innovation with public and private partners around the world to jointly achieve its mission,” said Ulla Tørnæs, Danish Minister for Development Cooperation. “An HIV vaccine remains an essential component in our shared vision to end AIDS and is especially needed amongst women and young people in sub-Saharan Africa who remain at high risk of HIV infection. IAVI’s approach to a vaccine promotes equitable access to health prevention tools, as well as sexual and reproductive health and rights for women and girls.”

IAVI also recognizes AIDS-Fondet, its Danish Civil Society partner, for its work on behalf of people living with HIV and its leadership in facilitating HIV vaccine advocacy in Denmark and around the world.

“AIDS-Fondet is a yearlong partner to IAVI, and we are committed to empower those most marginalized and vulnerable to HIV/AIDS,” said Andreas Gylling Æbelø, Executive Director of AIDS-Fondet. “The world needs an AIDS vaccine, and with the adoption of the Sustainable Development Goals, we are all dedicated to end AIDS by 2030. A vaccine cuts through barriers of stigma and gender and it has the potential to ensure that no one is left behind in the global AIDS response. Therefore, I applaud the Danish government for their continued support to IAVI. Together, we are moving yet another step closer to a vaccine.”

The Danish government is one of eight governments whose enduring support makes IAVI’s work possible, jointly with the Bill & Melinda Gates Foundation, the European Union, the World Bank, and many other generous supporters. The full list of IAVI donors is available at www.iavi.org.