Study sites are in five African countries with high TB and HIV burden. 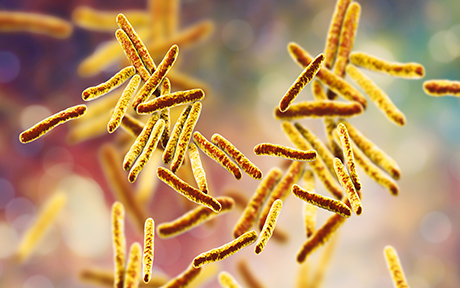 Tuberculosis (TB) remains one of the world’s most deadly infectious diseases and is an enormous contributor to disease and deaths in children. In regions where HIV prevalence is high, TB is an especially dangerous threat — in fact, TB is the leading cause of death in people living with HIV. While the existing TB vaccine, BCG, offers children some protection from the most serious forms of TB, it does not protect against pulmonary TB in adults who are the main transmitters of TB. Despite widespread use of BCG, it has had little impact on the TB epidemic. A more effective vaccine that protects children and adults, including those living with HIV, from all forms of TB disease is essential if we are to end the epidemic by the World Health Organization (WHO) End TB target of 2035.

IAVI is partnering with study sponsor Serum Institute of India Pvt. Ltd. (SIIPL) and Vakzine Projekt Management GmbH (VPM), a German development consulting firm for the biopharmaceutical industry and a subsidiary of SIIPL, to conduct the priMe study. priMe is a multicenter, double-blind, randomized, active-controlled Phase III study to evaluate the efficacy and safety of the vaccine candidate VPM1002 in comparison to BCG for the prevention of Mycobacterium tuberculosis infection in HIV-exposed and HIV-unexposed newborn infants. Study sites are in Gabon, Kenya, South Africa, Tanzania, and Uganda. The first vaccination of a participant occurred at Kenya Medical Research Institute/Center for Respiratory Disease Research (KEMRI/CRDR) in Nairobi in November 2020 (NCT04351685). If shown to be safe and effective in this study, VPM1002 could potentially replace current BCG vaccination at birth, with no impact on the WHO’s current well-established expanded program on immunization (EPI) vaccination schedules.

Dr. Videlis Nduba, study investigator and deputy director, KEMRI/CRDR, said, “We are excited to work in partnership with our colleagues across five countries to further evaluate this promising vaccine candidate. The partnership and collaboration between various parties in this project has the potential to deliver robust results from heterogeneous populations. The need for a more effective TB vaccine is essential, and we are gratified that the scientific community is taking on this challenge with the hope of ending the TB epidemic.”

The study vaccine VPM1002 was co-developed by scientists from the Max Planck Society and VPM and subsequently out licensed to, and manufactured by, SIIPL. VPM1002 is a recombinant BCG, which is the most widely used vaccine in the world. In VPM1002, BCG is altered to include a gene from Listeria monocytogenes that codes for the production of a protein called listeriolysin O. This protein causes antigens from VPM1002 to be released from an internal compartment of the host cell into the cellular fluid, which helps T cells of the human immune system recognize and respond to the TB antigens. In other words, it enables better availability of TB antigens so that the immune system can mount what may be a more effective response. A urease C gene has also been inserted into the vaccine to enhance the activity of listeriolysin O.

VPM1002 human data are available from four previous clinical studies. The first study was conducted in Germany1 and the other three in South Africa — one trial with healthy adults2 and two with infants.3,4 Data from these trials have demonstrated that VPM1002 has a favorable safety profile, was well tolerated, and immunogenic.

SIIPL is the study sponsor and is manufacturing VPM1002 for the clinical study. SIIPL and VPM have partnered with IAVI to utilize our extensive African TB vaccine clinical development expertise. SIIPL, VPM, and IAVI are jointly managing clinical operations. The Tuberculosis Vaccine Initiative (TBVI) is a partner as well, advising throughout the trial and providing a platform to expand andstrengthen the network supporting the trial by involving other research sites and stakeholders.