Since 2001, IAVI and the U.S. Agency for International Development (USAID), through the President’s Emergency Plan for AIDS Relief, have been investing in the development of enhanced research capacity in sub-Saharan Africa. This partnership, known as ADVANCE (Accelerate the Development of Vaccines and New Technologies to Combat the AIDS Epidemic), is cultivating a core group of researchers and scientists in African institutions who are contributing to the global effort to identify, evaluate, and implement HIV vaccines and biomedical prevention products towards ending the HIV epidemic. ADVANCE partners include a network of African and Indian clinical research centers (CRCs) and the Human Immunology Laboratory (HIL) at Imperial College London in the U.K.

The ADVANCE program has provided a platform for transfer of technologies and enhanced laboratory research capacities enabling African research institutions and scientists to play key roles in the design of novel vaccine candidates using promising technologies such as broadly neutralizing antibodies and T cell-mediated immune responses. Examples include a B cell center of excellence at the Kenya Medical Research Institute (KEMRI)-Kilifi and the Kenya AIDS Vaccine Initiative-Institute of Clinical Research (KAVI-ICR); a molecular virology center of excellence at the MRC/UVRI and LSHTM (MUL), Uganda; as well as a mucosal immunology center of excellence at KAVI-ICR that enables understanding early HIV immunological responses within genital tract mucosal surfaces.

In collaboration with IAVI’s Human Immunology Laboratory (HIL) and Emory University in the U.S., technology platforms have been put in place including next-generation technologies and advanced analytic and biostatistical capacities. The next-generation sequencing and multiplexing technologies being transferred to Africa — with the MRC/UVRI and LSHTM Uganda Research Unit, a regional center of excellence — will facilitate the full characterization of unique databases of samples from HIV-infected volunteers and shed more light on immune factors specific to African populations.

Contributing to global knowledge on HIV prevention and vaccine research

Advanced degrees, scientific writing courses, post-doctoral training, and research grants to mid-level CRC staff are creating a human resource capacity that complements the research infrastructure already supported by ADVANCE in Africa. Through a partnership with the International Traineeships in AIDS Prevention Studies (ITAPS) program funded by the USAID, 52 staff from IAVI partner CRCs and other research networks have received training in manuscript writing grant writing. In the period of 2017-2018 alone, over 60% of the publications emanating from IAVI-CRC collaborative research had African or Indian lead authors. The ITAPS training has equipped six researchers to  provide mentorship to participants of the workshops, and some  have gone ahead to organize   manuscript-writing workshops in  institutions of their home countries. The advanced degree program has awarded 41 fellowships for master’s and Ph.D. studies to staff from IAVI CRC partners in Africa. The fellowships represent the diversity of skills ranging across clinical, immunology, public health business administration, and epidemiology. The advanced training opportunities have enabled 20 staff from seven CRCs to advance to Principal Investigators leading major studies.

Enabling the next generation of science leaders 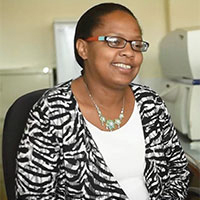 Mureithi has also contributed to the establishment of a research model at KAVI that observes the reaction to HIV of tissues of the uterus and cervix obtained from women who have had hysterectomies. Her innovative approach of observing tissue rather than cell samples hopes to clearly demonstrate how female immune responses slow HIV, and create a clearer pathway to designing a vaccine for women who experience a significantly higher prevalence of HIV/AIDS. Mureithi is also a passionate mentor for students and young women scientists whom she sees as the next generation of scientific and medical leaders in their communities. 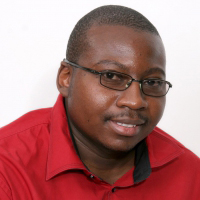 Pholo Maenetje, Ph.D. — the program manager for Basic Science and Special Projects and the NIH-funded Lung Impairment after TB-IRIS (LIFT-IRIS) Study the Aurum Institute’s Rustenburg clinical research center in South Africa — joined as a project manager overseeing observational studies sponsored by ADVANCE. An immunologist by training, Maenetje has been able to grow his career beyond basic science. For example, he has developed skills in epidemiology and has undergone a one-year training in advanced health management. He also benefited from the ITAPS manuscript writing scientific mentoring course which contributed to his success in attracting a grant for research on immune correlates against tuberculosis infection, supported by the South African Medical Research Center. Maenetje is part of the IAVI Vaccine Immunology Science and Technology for Africa (VISTA) initiative, which aims to strengthen and expand an international consortium of investigators to address gaps in HIV vaccine design. As part of the VISTA team, Pholo is establishing multiplex technology at the Institute. This allows for robust characterization of immune factors to provide insight into immune correlates of protection against HIV infection. 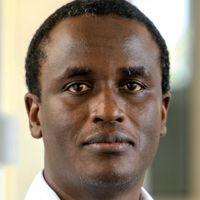 Eugene Ruzagira, Ph.D. — assistant professor at the London School of Hygiene and Tropical Medicine (LSHTM) based at the MRC/UVRI and LSHTM Uganda Research Unit in Entebbe, Uganda — received an ADVANCE scholarship to complete his Ph.D. studies in epidemiology at LSHTM, which her did in just three years and won LSHTM’s Cicely Williams Prize for research advancing the health of vulnerable populations. His study showed the importance of follow-up counseling in linking newly diagnosed adults to HIV care in sub-Saharan Africa, including in his home country, Uganda. Ruzagira has returned to Uganda as a project lead and a co-principal investigator in a first-of-its-kind HIV vaccine clinical trial that also includes oral pre-exposure prophylaxis or PrEP — the use of antiretrovirals to prevent HIV infection — in its design. The combination efficacy study will test two vaccine regimens simultaneously with PrEP and will be conducted Uganda, Tanzania, Mozambique, and South Africa.